The commission will submit a report to the Presidency at the end of this month, but the report will not be complete. 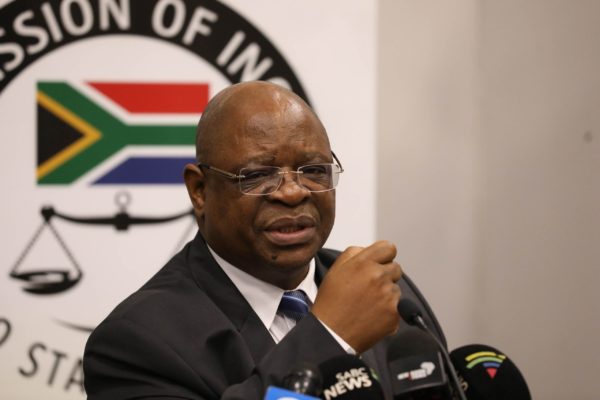 The Pretoria High Court on Wednesday granted the Commission of Inquiry into Allegations of State Capture a further extension of its term by a period of two months.

The high court also granted President Cyril Ramaphosa’s application for an order that he gets four months, after receiving the commission’s full report, to make a submission to Parliament on his intentions with regards to the implementation of the inquiry’s recommendations.

The commission, led by acting Chief Justice Raymond Zondo, last week approached the high court seeking an extension of its term until 30 April 2022.

This after the commission said it experienced delays out of its control in submitting its third report to Ramaphosa. The report was meant to be delivered at the end of February.

The extension granted by the high court on Wednesday means that the commission would still submit a report to Ramaphosa at the end of this month, but the report will not be complete.

Zondo has already submitted parts one and two of the inquiry’s report to the Presidency in December 2021 and January this year, respectively.

The report that will be submitted at the end of February will reportedly focus on Eskom, Bosasa, and the State Security Agency (SSA).

The Zondo Commission said the delays in submitting the full final report were due to a number of factors.

These included Zondo’s Judicial Service Commission (JSC) interview for the Chief Justice post as well as the fact that he needed more time to go through further documents on certain topics submitted to him.

The commission said the report that would be delivered to Ramaphosa at the end of this month will, by any standards, be a substantial report as it would likely run into about 1500 pages that would be about the size of the volumes that made part one and part two of its report.