Magistrate Poonsamy found that the state submitted sufficient evidence against Malema and Ndlozi. 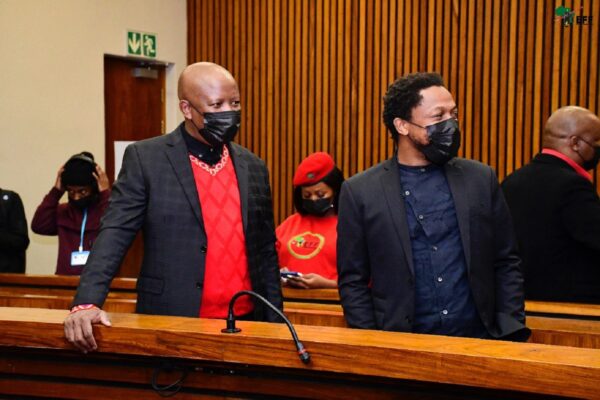 This means the assault trial against the two will go ahead.

Magistrate Leland Poonsamy on Friday delivered judgment on the pair’s application for discharge.

An application for discharge is granted in terms of Section 174 of the Criminal Procedure Act if the evidence provided to the court is not sufficient to prove the offence against an accused person.

Magistrate Poonsamy found that the state had submitted sufficient evidence, including CCTV footage, to prove its case against Malema and Ndlozi.

“It stands to reason that the application in terms of Section 174 of both accused is therefore dismissed,” Poonsamy ruled.

The incident was captured on CCTV footage.

The pair pleaded not guilty to the assault charges and claimed that Venter attempted to stop them from entering the cemetery to bid farewell to Madikizela-Mandela.

They described Venter’s alleged actions on that day as illegal and unjustified.

Venter argued that only the family of Madikizela-Mandela, the president and deputy – including people with accreditation and permits – were allowed to enter the cemetery.

Just before the adjournment of the case for a tea break, Malema and Ndlozi’s lawyer, advocate Laurence Hodes, said his clients were ready to testify in the trial.