The DA and EFF agree the state should not continue funding the former president's 'corruption' defence costs. 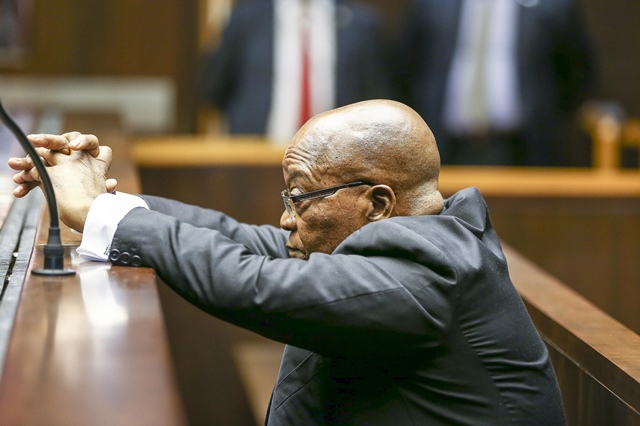 The High Court in Pretoria may set a benchmark ruling against government officials accused of crimes committed on the job, as the court is set to rule on whether the state should continue funding former president Jacob Zuma’s defence costs.

The courts expected ruling on Thursday may set a precedent on government officials paying their own legal costs.

BREAKING: High Court will tmw rule on whether state should continue funding Fmr President Jacob Zuma’s corruption defense costs.
This is an important ruling.
Not just for Zuma, but also other government officials accused of crimes allegedly committed in course of their duties

This comes after Zuma made it clear that he intended to repay his legal fees.

The Democratic Alliance and Economic Freedom Fighters have filed applications to review and set aside the agreement between the Presidency and Zuma to cover his legal costs.

The parties filed papers in March asking the court to set aside a 2006 agreement the presidency had signed over legal costs incurred by Zuma to be paid by the state for his criminal prosecution.

The agreement signed by Zuma under former president Thabo Mbeki agreed the state would continue footing the bill for Zuma in the spy tapes case.

The DA’s federal council chairperson James Selfe has made it clear that Zuma should not be entitled to any more financial support from the state.

This comes after the Presidency stated Zuma’s legal fees would remain covered by the state until a court decided otherwise.

The DA and Economic Freedom Fighters want Zuma to repay his legal fees which reportedly range between R15 million and R32 million.

Zuma’s advocate, Thabani Masuku, argued in defence of state funding for his client and submitted that the applications should be thrown out because the DA and EFF took time to launch their applications.

Advocate Tembeka Ngcukaitobi for the EFF, however, argued that according to their calculations, Zuma had spent over R32 million on litigation, but no one was certain as the state attorney appeared to not have properly managed Zuma’s legal costs.