Court rules against ANC voting in secret to oust Msimanga

The ruling party wanted the vote in the motion of no confidence against the DA mayor to be by secret ballot. 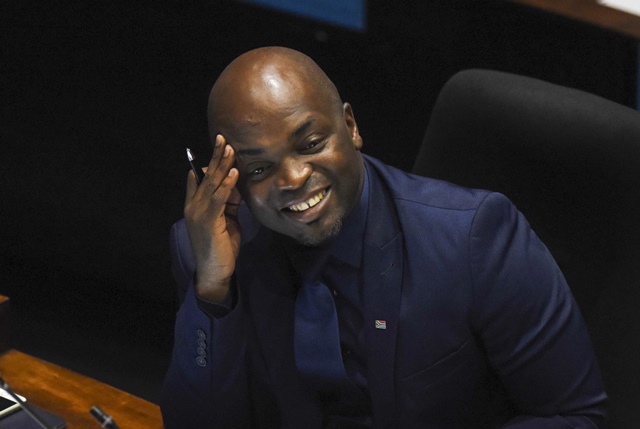 Tshwane mayor Solly Msimanga has applauded the High Court in Pretoria judgment that denied the Tshwane ANC request for a “secret ballot” during the party’s bid to oust him, reports Pretoria Moot Rekord.

The ANC had applied to the court in a bid to force the speaker of council to allow the vote in the motion of no confidence against Msimanga to be by secret ballot.

The respondents to the application also included Msimanga, the city of Tshwane, the DA, the EFF, the Cope, the ACDP, the PAC, and the Freedom Front Plus.

The ANC had taken the matter up in court in order to reverse the speaker’s ruling which the party called unjust.

The court found there was no basis for a review and set aside the speaker’s ruling that the September 27 2018 vote be by open ballot.

The court also found that the ANC’s argument, that the council meeting at which the speaker made the ruling was not properly quorate, was weak and contradictory.

“Overall, the court’s ruled that their argument for a secret ballot was fatally defective, not convincing, and poor on merits,” said Msimanga.

Section 39(1) grants the speaker the discretion to determine an appropriate manner for calling of votes.

“A matter that was obvious to all the parties represented in council but not apparently the ANC who felt the need to approach the courts.

“While the ANC is busy licking its wounds, we will continue to stabilise our city and do the work of bringing tangible change to the people of Tshwane,” said Msimanga.

Speaking to Rekord, Tshwane ANC leader Kgosi Maepa said Msimanga had resigned so the case was obsolete and did not matter anymore.

“Between the ANC and the DA who is licking their wounds? They are just being excited,” said Maepa.

The court also granted a punitive cost order against the ANC.

Msimanga said hopefully this bruising legal and financial lesson would teach the ANC to get better at fighting their battles in council instead of racing off and wasting the court’s time.

The new dawn has failed drastically, says EFF on unemployment crisis
18 hours ago
18 hours ago

The new dawn has failed drastically, says EFF on unemployment crisis
18 hours ago
18 hours ago