Sanef takes on EFF leaders in a bid to protect journalists

Among those who have tasted the wrath of the EFF are investigative journalist Pauli van Wyk and Karima Brown. 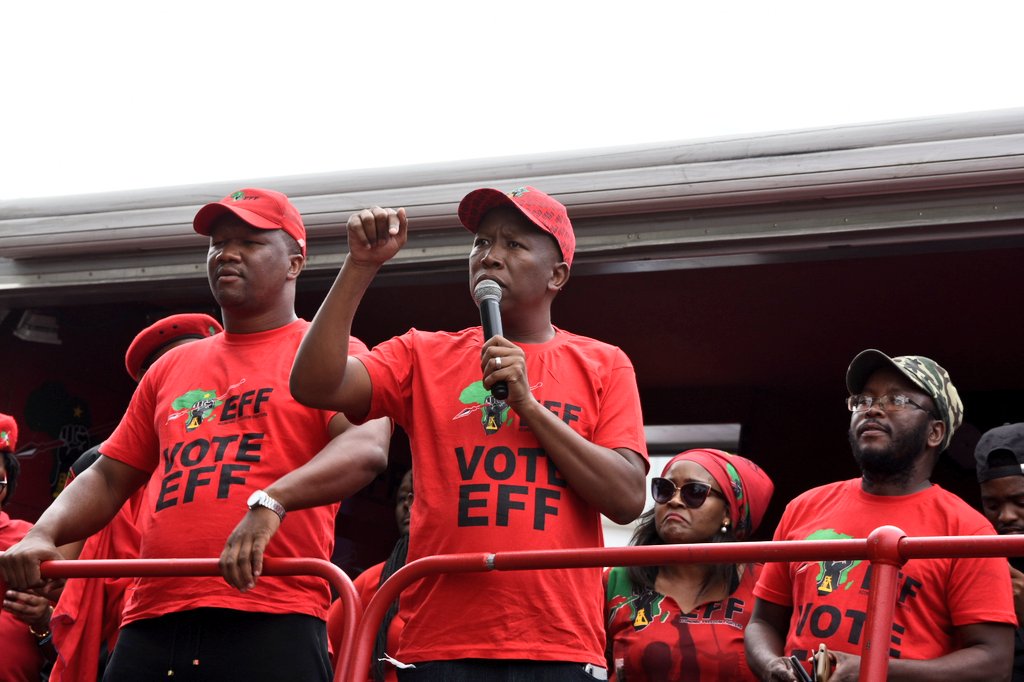 Julius Malema alongside other EFF leaders at the uMngeni municipality in KwaZulu-Natal. Picture: Twitter (@EFFSouthAfrica)

The SA National Editors’ Forum (Sanef) is gearing up for an Equality Court showdown with the Economic Freedom Fighters (EFF), in a bid to protect journalists against harassment and abuse.

Among those who have tasted the wrath of the EFF are investigative journalist Pauli van Wyk, who has come under fire from the EFF for exposing the alleged looting of the VBS Mutual Bank by the party’s top leadership.

Journalist and talk show host Karima Brown has hauled Malema to court after receiving death and rape threats following the publication of her telephone number on Twitter by Malema. Brown also approached the Electoral Commission of South Africa seeking intervention against Malema and his party and charged the party and its leaders with intimidation.

Skinner said they have also recently noted the “chilling” case of harassment of Van Wyk in the wake of her stories on the EFF and VBS Bank.

“We note a tweet by Malema to his more than 2.4 million followers. He didn’t elaborate or name any individuals, but the timing pointed to a veiled threat. He called for his followers to ‘go for the kill’ and to ‘hit hard’,” she said.

Sanef wants the court to interdict the EFF from intimidating, harassing, threatening and assaulting journalists. They also want the court to stop the EFF leadership from publishing the personal information of journalists and from expressly or tacitly endorsing the intimidation, harassment, threats or assaults by supporters, whether on public platforms or on social media.