The magistrate was concerned about a backlash from the community and parents of Forest High School in Turffontein if Muhamad Muwela was granted bail. 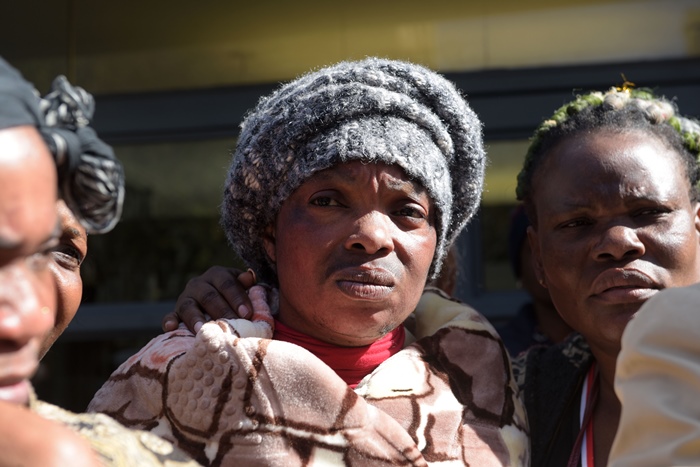 Kingombe Antonette Mabiala, the mother of a pupil who was killed by fellow pupils at Forest High School, Turffontein speaks to the media outside the Johannesburg Magistrate’s Court, 6 June 2019. Picture: Tracy Lee Stark

The Gauteng department of education has been instructed to ensure 19-year-old murder accused Muhamad Muwela is not seen by his community or at school while awaiting trial if he gets bail on Monday.

This was heard in the Johannesburg Magistrate’s Court yesterday during Muwela’s bail application, which was delayed as the presiding officer had to call department spokesperson Steve Mabona to the witness stand to ascertain what measures were in place to make sure Muwela’s safety and his right to an education were not violated.

The magistrate was also concerned about a backlash from the community and parents of Forest High School in Turffontein if Muwela was granted bail and returned to school and his home.

Muwela’s attorney, Mudi Mavhengani, insisted the pupil would be moved to another place of residence and an alternative arrangement would be made for him to write the rest of his exams.

But the magistrate wanted definitive proof that this was in order.

In Muwela’s affidavit in his bail application, he said he was under attack by members of a school gang called the Stoute Kinders when he fatally stabbed alleged gang member Daniel Bakwela and wounded two of his friends.

The two surviving victims denied being part of a gang and said Muwela attacked the group randomly after taking a knife out of his pocket.

But in Muwela’s version of events, the knife he used to stab Bakwela belonged to the deceased.