The issue stems from 133 houses meant for the residents of the Winnie Mandela informal settlement which were misallocated, and residents still live in shacks. 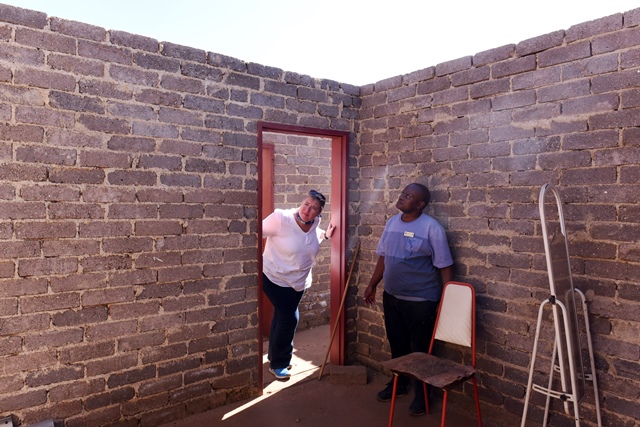 More than a hundred Winnie Mandela informal settlement residents, who are still without housing and caught up in a debacle with the Ekurhuleni Municipality, are seeking constitutional damages, according to a statement from the Socio-Economic Rights Institute (Seri).

Delays in building the RDP houses for residents have plagued the municipality, with residents seeing this as an unwillingness to meet court deadlines.

The issue stems from 133 houses meant for the residents of the Winnie Mandela informal settlement, whose subsidies were used to build them.

The houses, however, were fraudulently misallocated, according to the Seri statement.

“Instead of being given the houses built with their subsidies, the houses became occupied by other, unknown, people who were not entitled to the subsidies used to build them,” Nomzamo Zondo, director of litigation at Seri and legal representative of the residents, said.

In 2017, the Gauteng High Court in Pretoria found that the Ekurhuleni municipality had breached the residents’ rights to housing, and ordered it to provide them with houses by December 31, 2018, to replace those that had been misallocated.

The municipality appealed the deadline in the Supreme Court in 2018, which extended it to June 30, 2019.

According to Seri, the municipality has now asked for an extension of a year.

Seri has accused the municpality of using “delaying tactics”.

“The municipality seeks, in effect, to extend the period during which it will remain in breach of its obligations to the residents,” Zondo said in the statement.

“On behalf of the residents, SERI now argues that the High Court has no power to vary orders to correct breaches of constitutional rights after those orders have come into effect. SERI also seeks constitutional damages of R5 000 per resident for every month from 30 June 2019 that the court order to provide the residents with houses remains unfulfilled.”

Zondo added that the municipality’s actions meant that it had not accepted its responsibility towards the residents.

“The residents have been deprived, by the municipality’s unlawful conduct, of land and houses for far too long. The municipality has a constitutional obligation to remedy this situation, and to compensate my clients until it does,” Zondo said.

“The Winnie Mandela informal settlement residents still live in shacks, with no basic services,” she added.

City spokesperson Themba Gadebe told News24 that the municipality had started implementing the project, but had been delayed by design and administrative issues.

“The critical delays on the project were caused by the statutory processes that needed to be followed in order to obtain the necessary approvals from both external and internal departments.

“The delays were encountered with several statutory processes as mentioned previously, namely the environmental authorizations and processes that form part of the township layout approval that require obtaining comments / approval from over 30 internal and external departments,” he said.

The timeline for the approvals was out of the department’s hands, said Gadebe.

“At all times, SERI was made aware of the Tembisa Housing Development and its challenges, and the fact that the deadline of June 2019, will not be met due to reasons provided above.

“The City has endeavoured by all means to make sure that the 133 is prioritised for allocation, all of the 133 applicants have been processed to the Gauteng Department of Human Settlements for Housing Subsidy Administration and for allocation on the project.

“The City will dispute the fact that it’s liable for constitutional damages as it believes it’s fulfilling its constitutional duty in terms of Section 26 of the Constitution to provide adequate housing to 133 intended beneficiaries, within its available resources,” Gadebe said.

Gadebe would not comment on Seri’s allegation that the misallocation of the houses was due to fraud, only saying: “The 133 is part of two families in one stand in the area of Winnie Mandela. The municipality is resolving this by moving one family to Tembisa Extension 25.”