The Springbok rugby player is accused of allegedly using a racial insult when leaving a pub in Langebaan with a group of friends. 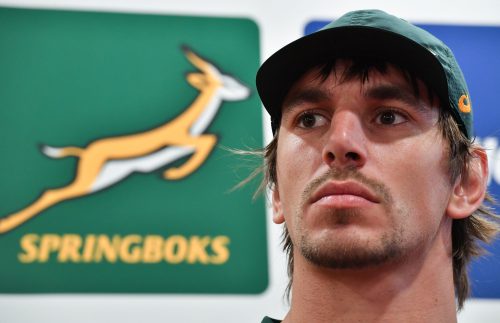 Springbok captain Eben Etzebeth will have to lead the pack's charge. (Photo by Brendan Moran/Sportsfile/Gallo Images)

The Western Cape South African Human Rights Commission (SAHRC) is expected to have an outcome by the end of Monday regarding the Equality Court case involving Eben Etzebeth, who is accused of a racist assault in Langebaan.

Commissioner Chris Nissen confirmed to News24 that a legal opinion by a senior counsel on the matter would be presented to commissioners.

“South Africans, however, will know the outcome by Monday.”

The Springbok rugby player is accused of allegedly using a racial insult when leaving a pub in Langebaan on the West Coast, in the early hours of August 25, with a group of friends.

The SAHRC previously submitted papers for a hate speech case against Etzebeth in the Equality Court, sitting in Hopefield on the West Coast, on behalf of the so-called Langebaan Four.

The four were looking for compensation of more than R1m and wanted him to apologise, undergo anger management and racial sensitivity training, as well as community service, News24 reported.

The Springbok lock participated in the Rugby World Cup in Japan, while the furore played out back home.

Etzebeth, however, fought back by filing court papers in the Gauteng High Court accusing the Chapter 9 institution of being biased against him.

In his papers, he stated he was given the assurance at a meeting with the SAHRC on August 29 that the case would be investigated, he would be furnished with the particulars of the case against him, and he would be given the opportunity to respond on his return from the World Cup.

According to Die Burger, however, the Chapter 9 institution abandoned its inquiry and brought a case against the Springbok in the Equality Court instead.

Etzebeth believed this could be attributed to it giving in to political pressure by taking him to the Equality Court so it would not make an “unpopular finding”.