Home affairs submitted a draft order asking the refugee reception office to issue permits to 38 refugees who have sought asylum. 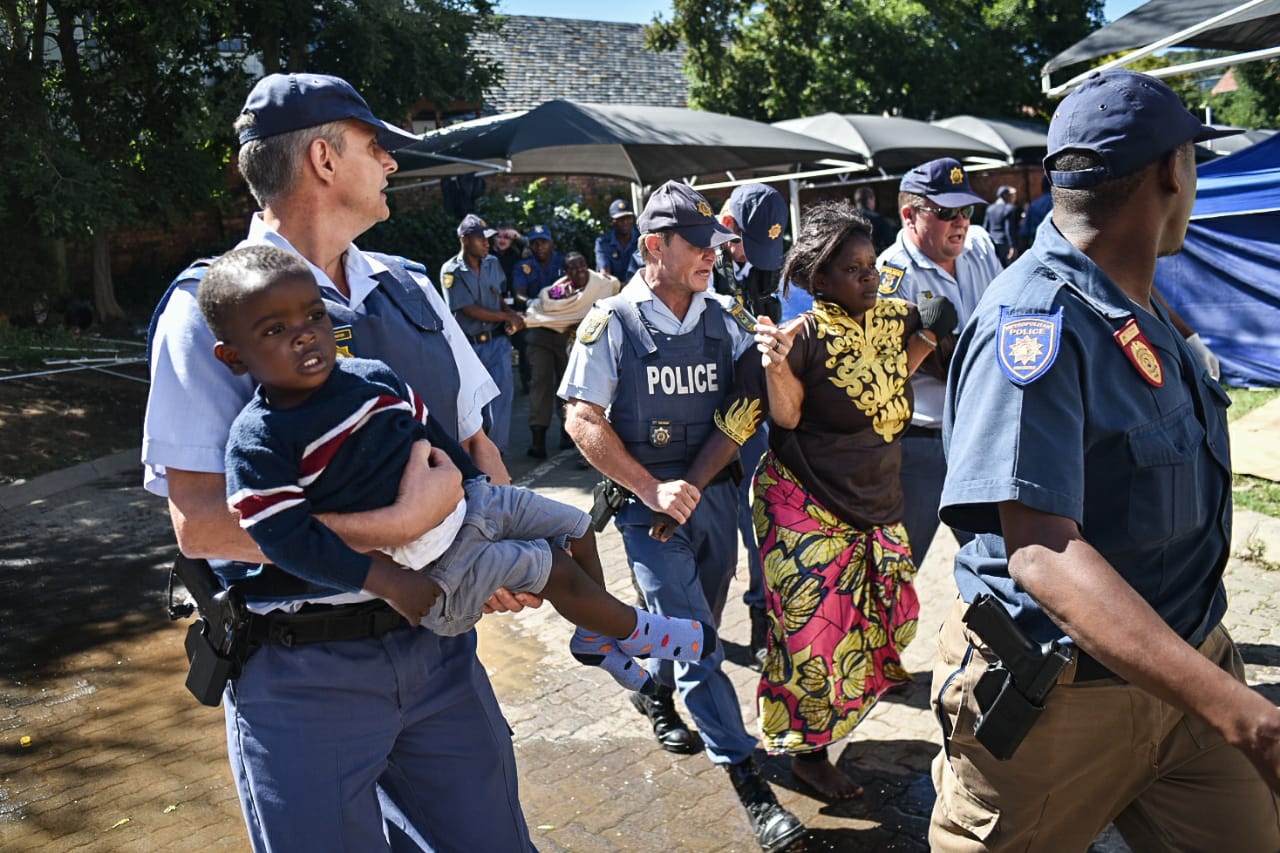 Police forcibly remove refugees from the premises of the United Nations High Commissioner for Refugees (UNHCR) in Pretoria, November 15, 2019.

The Department of Home Affairs, through its legal representative, has informed the North Gauteng High Court in Pretoria that it has undertaken the verification process of refugees who were camped outside the UN High Commissioner for Refugees’ (UNHCR) offices in Pretoria for more than a month.

Arguing before Judge Natvarlal Ranchod on Thursday, the department said 38 verified refugees held at the Lindela Repatriation Centre have indicated they would like to apply for asylum.

The department, City of Tshwane and police were in court, where an order for cost was handed down in relation to an application for the refugees’ removal from the UNHCR’s offices.

The Waterkloof Homeowners’ Association and Brooklyn and Eastern Areas Citizen’s Association had sought an order, which was granted, directing the refugees to leave the area.

Handing down judgment last week, Judge Ranchod prohibited the refugees from cooking food, making fires as well as hanging clothing on fences and trees. He also interdicted them from contravening the by-laws and other laws of South Africa, News24 reported.

Judge Ranchod ordered the City and department to report back to him following the removal of the refugees.

During Thursday’s report-back, the department submitted a draft order asking the refugee reception office to issue permits, which would be valid for 14 days, to 38 refugees who have sought asylum.

The draft asked the court to order the asylum seekers to approach refugee offices of their choice within 14 days to apply for asylum.

The department wants the order to specify that the refugees’ personal details should not be disclosed to the public and media unless an application has been filed with the courts.

It said it would not be making any decision with regards to the refugees who were facing trespassing charges until court proceedings have been finalised.

More than 180 refugees have been charged after they allegedly forced their way onto the property on November 14 following an order that they be removed from the area.

The department informed Judge Ranchod that nine women and four children were released from Lindela after making a request and were taken to their preferred destination.

News24 previously reported that 224 women, 169 children and seven men were being held at Lindela.