Eskom wants the Guptas and other former execs to pay back R3.8bn

Eskom says the former executives and board members breached their fiduciary duty of care and good faith to Eskom. 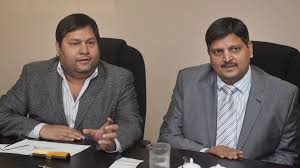 Power utility Eskom, alongside the Special Investigating Unit, has issued a summons in the High Court in Pretoria in an attempt to recover funds from former Eskom executives, former board members, members of the Gupta family and their associates.

In a statement, the power utility highlighted that the funds were lost in a “concerted effort to divert financial resources from Eskom to illegally benefit the Gupta family and entities controlled by the said family and their associates during their 2015-16 acquisition of the operations of Optimum Coal Holdings (OCH) Limited”.

The claim for damages for Eskom relates to R3.8 billion in funds diverted from Eskom to allegedly help the Gupta family members and their associates to acquire the operations of OCH, which owned Optimum Coal Mining, that supplied the Hendrina power station with coal.

“The further delictual claim for damages pertains to the payments that were unlawfully made to Trillian by Eskom executives.

Eskom said the former executives and board members breached their fiduciary duty of care and good faith to Eskom.

They acted in a concerted state capture effort with some members of the Gupta family, including Mosebenzi Zwane and Salim Aziz Essa to illegally divert funds from Eskom.

“These 12 defendants acted in a concerted effort whose objective was the corrupt, alternatively irregular, diversion of resources from Eskom. As a result of their actions in the acquisition of OCH during this period, Eskom suffered at least R3.8 billion in losses which it is legally obliged and morally burdened to recover, together with the interest thereon.”

As Eskom and the SIU continue their investigations into numerous contracts at Eskom under proclamation of R 11 of 2018, the labelled Gupta brothers were reported to be in Dubai facing a plethora of allegations into state capture.