Weekend behind bars for Bushiri and wife, as bail application is postponed

It is going to be a long weekend for the pastor and his wife, Mary, who intend to plead not guilty to charges of fraud and money laundering worth R102 million. 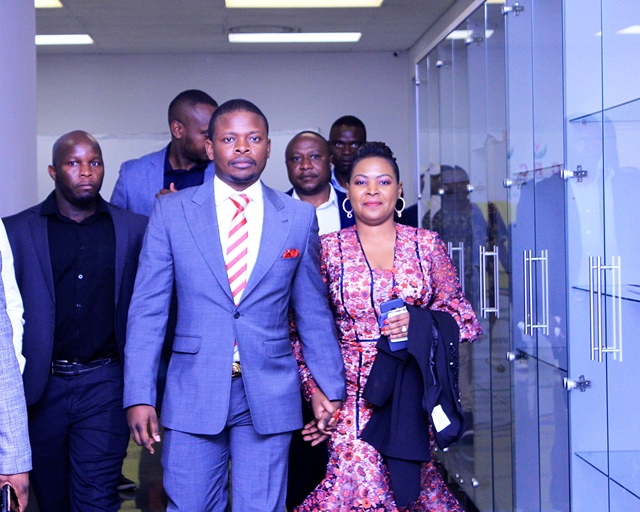 Enlightened Christian Gathering church leader Prophet Shepherd Bushiri, who is also known as Major 1, and his wife, Mary, will spend the weekend in custody after their bail application in the Pretoria Magistrate’s Court was postponed on Friday afternoon.

The couple will now apply for bail on Monday, 26 October.

The couple were arrested earlier this week in connection with charges of fraud and money laundering worth R102 million.

Bushiri’s legal representative requested the postponement to Monday rather than Friday next week, arguing that a bail application was always urgent.

The magistrate had said that due to the court being fully booked for most of next week, the bail application would be set for Friday, 30 October, when the other applicants in the matter were also due to appear in court.

Bushiri’s legal representative submitted to the court that according to case law, accused people should not be placed at a disadvantage due to institutional delays and requested the bail application be postponed to Monday.

The self-proclaimed prophet, known as Major 1’s legal representative, said they understood the “practical problems” in that other matters had been set for Monday, but they were willing to wait their turn, adding that the other accused in the matter would also be in court on Monday.

The state would have more than enough time to deal with the bail application over the weekend, Bushiri’s legal representative said.

The magistrate said she would grant the postponement to Monday, as long as the applicants agree that they would fall in line and wait for their matter to come before the court and were cognizant that there was a possibility the court might not get to the application as it had to hear other matters.

Bushiri’s legal representative said they understood that and were willing to take the chance.

In his affidavit, Bushiri said he intended to plead not guilty and should be granted bail as he had no reason to flee the country.

He told the court that he did not intend to evade the trial because as a pastor he needed to be vindicated and he believed he was innocent.

He said should he be granted bail, he would submit to any conditions set by the court, including not communicating with any state witnesses nor attempting to influence or intimidate them.

In her affidavit, Bushiri’s wife said she believed the state had no case against her and that she had never been actively involved in the business from which the charges stem.

Mary challenged the state to show how she participated in the crime for which she had been arrested.

Following Bushiri and his wife’s arrest, Enlightened Christian Gathering church spokesperson Ephraim Nyondo said in a statement the Hawks attorneys had requested a discussion with the couple regarding an investment in Rising Estate, an international property investment and development company.

“The Hawks informed lawyers of our leaders, Prophet Shepherd Bushiri and Prophetess Mary Bushiri, late Monday afternoon that they are requesting the couple to go to their office by 11am accompanied by their lawyers to discuss an issue concerning an investment pertaining to a company called Rising Estate,” he said.

Former Newcastle mayor gets two-year sentence for assault, damage to property
6 hours ago
6 hours ago

Former Newcastle mayor gets two-year sentence for assault, damage to property
6 hours ago
6 hours ago