The three additional accused are Nozipho Belina Molikoe, Thabiso Makepe and Albertus Venter, taking the number of accused to 16. 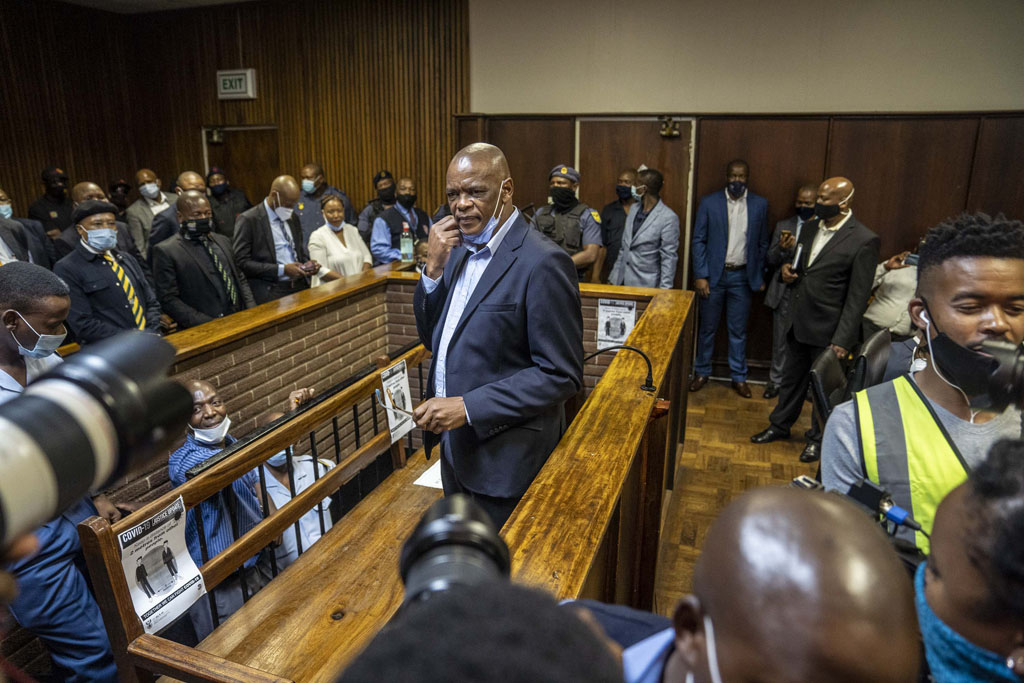 ANC's secretary-general Ace Magashule appears in the dock during his first appearance in court on corruption charges in Bloemfontein on 13 November 2020. Picture: EPA-EFE/Conrad Bornman

There were three additional accused added to the case, namely Nozipho Belina Molikoe, Thabiso Makepe and Albertus Venter, taking the number of accused to 16. The three were all granted bail of R50,000 each.

Nthimotse Mokhesi, the head of department for Free State human settlements, could not appear in court because of ill health.

The other accused are:

They appeared alongside five companies, namely:

“They are all charged with more than 70 counts of fraud, theft, attempted theft, corruption in contravention of the Prevention and Combating of Corrupt Activities Act, money laundering and contravention of various Asbestos Regulations, promulgated in terms of the Occupational Health and Safety Act 85 of 1993,” the National Prosecuting Authority said in a statement.

Venter has previously appeared at the Commission of Inquiry Into Allegations of State Capture, where he gave testimony on the Estina Dairy project,