Agrizzi will now report to the Benoni police station every Friday and he is allowed to leave Gauteng from 18 April to 7 May. 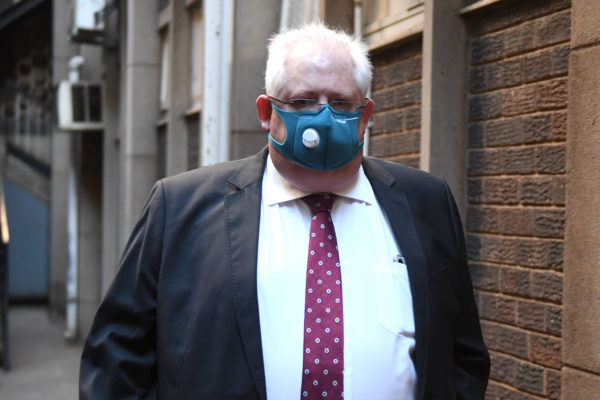 The corruption and fraud case against former ANC MP Vincent Smith and former Bosasa chief operating officer Angelo Agrizzi has been postponed to 28 May.

This was in order to allow the National Prosecuting Authority   provide the accused with further disclosure of the charge docket.

Smith made a brief appearance in the Palm Ridge Specialised Crimes Court on Tuesday, 9 March. However, Agrizzi, who is recovering from a heart attack, was not present in court.

According to investigator Sindisiwe Twala, a detailed report from medical specialists on Agrizzi’s health had been requested before his next appearance.

Twala noted that a separation of trial was being considered if Agrizzi was unable to appear in court by that time.

“We should be able to get a full prognosis of how ill he is before May 28 in order to decide what to do next,” Twala said.

“All the parties including Agrizzi’s lawyer notified the state as well as other parties they would be interested in a separation of trial in order to preserve the constitutional right of Mr Vincent Smith to a speedy and fair trial,” she said.

Both Smith and Agrizzi’s bail has been extended, while the former Bosasa boss’s bail conditions were relaxed.

Agrizzi will now report to the Benoni police station every Friday and he is allowed to leave Gauteng from 18 April to 7 May.

The two accused have been charged with contravening section 7 of the Prevention and Combating of Corrupt Activities Act.

Agrizzi had a heart attack in hospital on 21 October last year. The heart attack happened a week after the Specialised Commercial Crime Court denied Agrizzi bail.

This decision was later overturned and he was granted bail by the South Gauteng High Court in Johannesburg.