The accused were arrested on Wednesday in Gauteng, Free State and Mpumalanga. 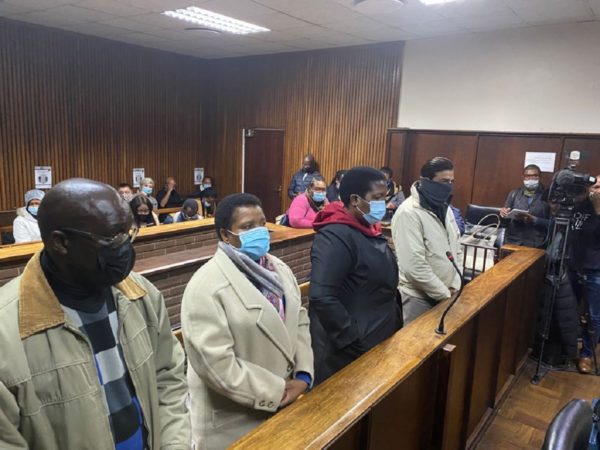 The Bloemfontein Magistrate’s Court has postponed the case against four suspects arrested in connection with the failed R288 million Estina dairy project in Vrede in the Free State.

The defence requested the case against Thabethe and Sharma be postponed to 7 June 2021 for a formal bail application. This means that the two will remain in custody at the Bainsvlei police station until Monday for their bail hearing.

During court proceedings, it was said their lawyers received the state’s indictments late and requested more time to prepare for bail applications.

Moorosi and Dlamini’s bail application will be heard later on Thursday afternoon in the same court before magistrate Estelle de Lange.

The four accused were arrested by the Hawks on Wednesday in Gauteng, Free State and Mpumalanga.

The NPA’s Investigative Directorate said the arrest of a fifth suspect was imminent.

According to the National Prosecuting Authority (NPA) indictment sheet, Thabethe and Moorosi – former heads of the department of agriculture – face charges of contravention of the Public Finance Management Act and fraud.

Dlamini, the department’s former chief financial officer, was charged with fraud. Sharma and Nulane Investments – a Gupta linked company he served as a director of – were charged with fraud and money laundering.

They were all charged in connection with a 2011 R25 million feasibility study by Nulane Investments on the Vrede Dairy Project.