Casac executive secretary Lawson Naidoo said some questions were irrelevant and aimed at ambushing the candidates. 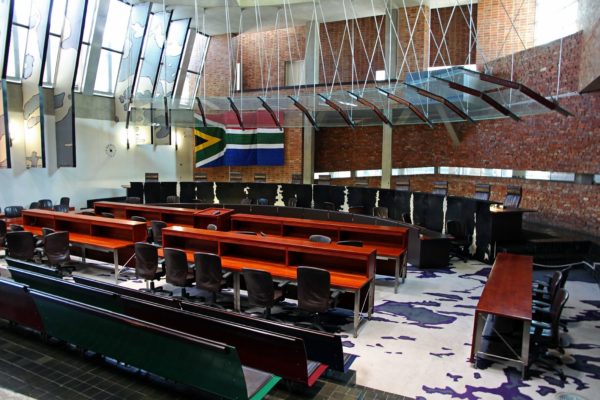 The Council for the Advancement of the South African Constitution (Casac) has filed an application in the Johannesburg high court challenging the constitutionality of the recent Judicial Service Commission (JSC) interviews for candidates to fill vacant posts for judges in the Constitutional Court (ConCourt).

The organisation argues in court papers the manner of questioning of some of the candidates went beyond the bounds of what is permissible to determine the fitness and propriety of the candidates.

It wants an order from the high court declaring the decision to shortlist five candidates for President Cyril Ramaphosa’s consideration to be invalid and set aside as well as an order declaring the JSC’s conduct in the interviews unlawful.

ALSO READ: Malema and Shivambu tell critics ‘they can voetsek’

Last month, Casac complained to Parliament’s Registers of Members’ Interests about EFF leader Julius Malema’s attacks on the judiciary during the JSC interviews in April.

Malema is a commissioner of the JSC which interviews candidates to serve as judges and advises the government on any matters relating to the judiciary. Casac criticised the treatment of judges Dhaya Pillay and Piet Koen at the interviews and called on Parliament to find Malema guilty of breaching MPs’ ethics code.

Casac executive secretary Lawson Naidoo said some of the questions were irrelevant and aimed at ambushing the candidates, resulting in them suffering severe prejudice.

“Party political considerations and political agendas should play no role in the JSC’s decisions and processes. The JSC’s obligation to guard its independence and, through it, the judiciary’s independence rests on each individual commissioner as well as the JSC chairperson who has the ultimate responsibility to control the conduct of meetings, interviews and deliberations.”

During her interview for a post in the Constitutional Court, Pillay was grilled by Malema on whether she was friends with Public Enterprises Minister Pravin Gordhan and ANC national executive committee member Derek Hanekom.

Pillay said she had a close relationship with Gordhan and had known him for many years, but she was not friends with Hanekom.

In his interview for a position on the Supreme Court of Appeal, Chief Justice Mogoeng Mogoeng, the chairperson of the JSC, recalled how judge Koen was “rude and discourteous” to him in 2016 at a meeting to discuss cost-cutting measures in the judiciary.

Mogoeng said it was one of his “worst experiences” and questioned how the judge treated advocates who appeared before him.

Casac will be represented by Webber Wentzel Attorneys in its case and its legal council will be led by advocates Wim Trengove and Tembeka Ngcukaitobi.