She says her office may follow up with the Zondo commission to check compliance with the remedial action issued back in 2016. 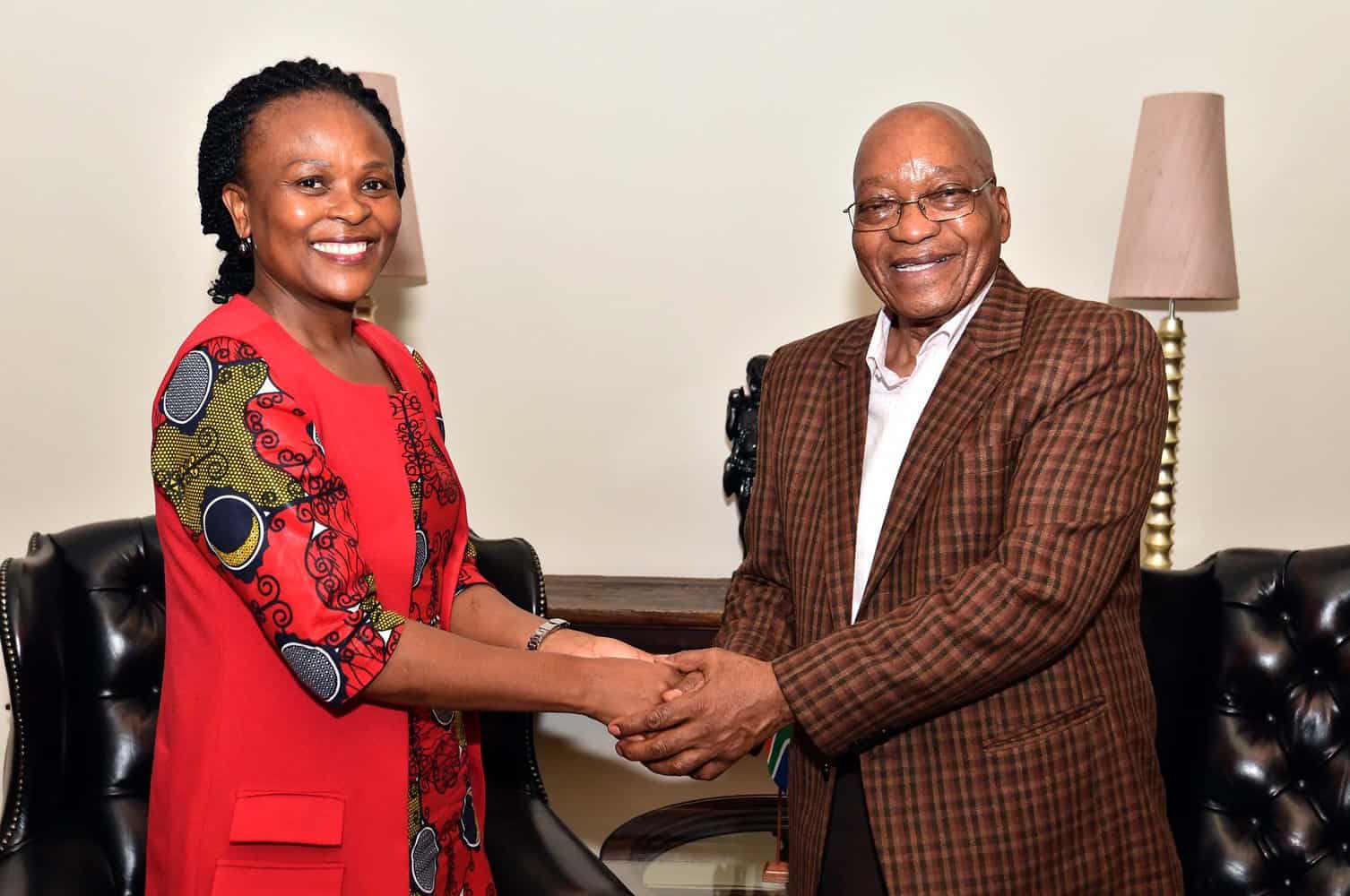 Mkhwebane said she was more aligned with minority judgment in the matter.

She said her office may follow up with Commission of Inquiry into Allegations of State Inquiry to see if it was complying with the remedial actions issued by her predecessor, Thuli Madonsela, back in 2016.

“That commission was established in terms of the Public Protector report,” said Mkhwebane.

“It is so unfortunate that the commission has not yet issued the report. Possibly, it’s one element which we will have to follow up on and make sure that we check whether there is compliance to our remedial actions,” said Mkhwebane.

Mkhwebane said she was yet to study the full judgment of the ConCourt but said she had evaluated the minority judgment.

“I am still studying the judgment, I have seen the minority judgement which I think I follow, because everyone has the right to be heard,” she said.

ALSO READ: Edward Zuma on his father’s impending jailing: ‘They will have to kill me first’

“Everyone has a right to be protected in terms of the Constitution, and I think I am more aligned to the minority judgment in this particular matter.”

On Tuesday, the ConCourt found Zuma guilty of contempt of court and sentenced him to 15 months’ imprisonment.

The majority of the judges held that Zuma’s public outbursts before and after the contempt proceedings had warranted the sanction of imprisonment.

“The only appropriate sanction is a direct, unsuspended order of imprisonment. The alternative is to effectively sentence the legitimacy of the judiciary to inevitable decay,” Khampepe said.

However, justices Leona Theron and Chris Jafta disagreed with that in a minority judgment.

“In my view, the Constitution does not allow private parties to obtain a punitive order of unsuspended committal in civil contempt proceedings, even when they are acting in the public interest,” Theron stated in a decision that Khampepe and the ConCourt’s majority sharply disagreed with.

The minority judgment argued that to send Zuma to prison without a criminal trial was to infringe his fair-trial rights as contained in section 35 of the Constitution.

Zuma discharged from hospital, back in Nkandla ahead of long weekend
23 hours ago
23 hours ago

Digital Vibes: How Mkhize's aide splurged on Gucci, Smeg and a Turkey holiday
24 hours ago
24 hours ago

Zuma discharged from hospital, back in Nkandla ahead of long weekend
23 hours ago
23 hours ago

Digital Vibes: How Mkhize's aide splurged on Gucci, Smeg and a Turkey holiday
24 hours ago
24 hours ago