Hlophe scrambles to save his career as impeachment process looms 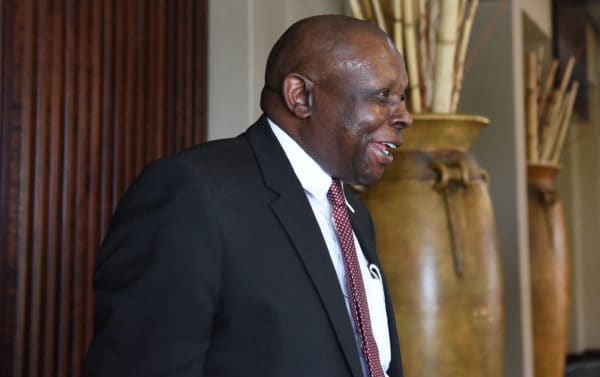 Western Cape Judge President John Hlophe has approached the Johannesburg High Court in a bid to force Parliament to halt the impeachment process against him.

It has been reported by TimesLive that Hlophe seeks to have the impeachment process, which is currently being reviewed by the National Assembly’s portfolio committee on justice and correctional services, stayed through an interdict.

According to the publication, Hlophe also wants to stop President Cyril Ramaphosa from suspending him.

This comes after the Judicial Service Commission (JSC) found that Hlophe improperly tried to influence two Constitutional Court (ConCourt) justices to violate their oaths of office by ruling in favour of former president Jacob Zuma.

However, Hlophe also wants to have the high court set aside the tribunal’s findings, and to rule that the JSC meeting – in which the majority voted that he should be impeached – be declared unlawful as the commission “failed to perform its constitutional obligations”.

Hlophe, in his papers, has argued that the JSC meeting was conducted without the presence of the chief justice and a deputy chief justice.

Meanwhile, the JSC is set to meet on Monday to decide whether to recommend Hlophe’s suspension to the president, according to News24.

Last week, Parliament was informed that it is unable to conduct another investigation into Hlophe’s charges as it is only limited to a check-and-balance function.

The committee has been tasked with processing the JSC’s report into Hlophe so they can consider the procedural aspects of the impeachment and report back to the National Assembly once completed.