The President previously called on the public to nominate those they think are suitable to be the next Chief Justice. 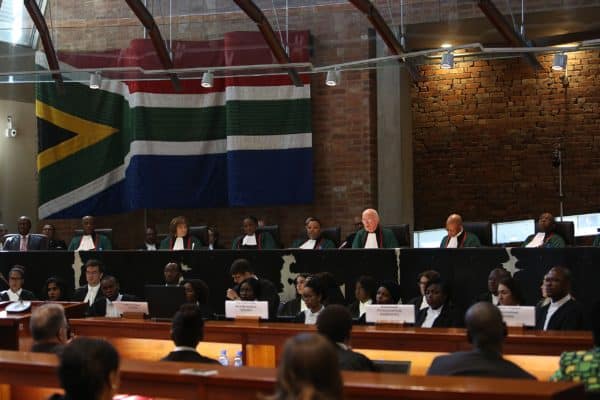 President Cyril Ramaphosa has insisted that there will be a new Chief Justice, defending his approach in the appointment the candidate who will fill up the position.

Last month, Ramaphosa invited the public to submit their nominations to replace the outgoing Chief Justice Mogoeng Mogoeng, whose term will come to an end on 11 October.

This approach was met with cynicism by some, while others have commended the unprecedented move.

The President said at the the time that the invitation for public participation was meant to promote transparency.

The public had until 1 October to send their nominations.

Speaking during a media briefing at the Luthuli House this week, Ramaphosa defended the Chief Justice selection process.

“Yes we are going to have a Chief Justice. What I sought do with the Chief Justice position is exactly what I did with the appointment of the NDPP [National Director of Public Prosecutions]. I did exactly the same thing. I chose a panel, they interviewed [candidates], they gave me names and I then appointed.

“The panel will come up with names and those names are then given to me rather than me to have chosen [someone] from nowhere as the next Chief Justice. I am departing from that.

“I am saying, let a panel do that initial process. I will then take the names to the Judicial Services Commission [JSC] and they will then do the interviewing and having done so, in the end the Constitution empowers me as the President to make a choice of a Chief Justice.

ALSO READ: Chief justice Mogoeng nearing end of his term. Who will replace him?

“I have not out-sourced that, anything, infact if you like I have in-sourced the process of selection and have asked people to come up with a list,” the president said.

Ramaphosa indicated that there has been “a few names that have come forward” and they will be made available to the public soon.

eNCA has reported that Western Cape Judge President, John Hlophe, has since accepted a nomination for the Chief Justice position.

The panel will be required to report to the President by Friday, 29 October 2021.

What is a Chief Justice responsible for?

In terms of the Constitution, the Chief Justice is “the head of the judiciary and exercises responsibility over the establishment and monitoring of norms and standards for the exercise of the judicial functions of all courts”.

They are also responsible for setting and overseeing the maintenance of the standards for the exercise of the judicial functions of our courts, and chairing the Judicial Service Commission.