Have the Hawks completed their investigations or not? And will the NPA prosecute the Eastern Cape premier anytime soon? 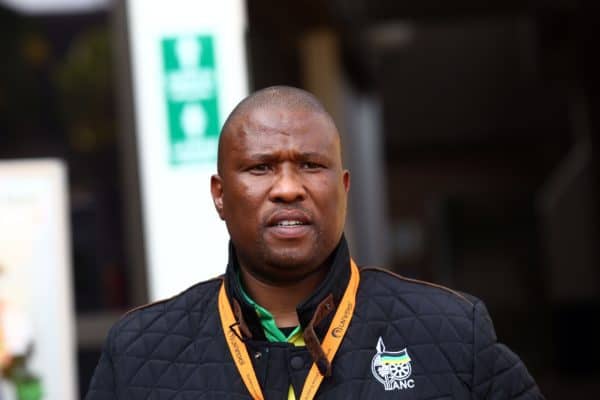 Has the investigation into the allegations of corruption against Eastern Cape Premier Oscar Mabuyane and co stopped?

The answer to this question still remains somewhat unclear, after the Directorate for Priority Crime Investigation (DPCI), also known as the Hawks, added more confusion to the matter.

This follows Hawks head Godfrey Lebeya’s statement last Thursday that the unit had completed its investigation into Mabuyane in March this year, having initially started in May 2019.

The investigation looked into the allegations of corruption and fraud within the Eastern Cape provincial government.

Lebeya also said the matter has been referred to the National Prosecuting Authority (NPA).

However, the NPA has suggested otherwise, claiming the Hawks are still investigating the matter.

“No further information will be released at this stage as the matter is still under investigation,” Anelisa Ngcakani, NPA’s Eastern Cape regional spokesperson, told The Citizen on Friday.

The Citizen had reached out to the NPA after reports speculated that the authority had been dragging its feet to prosecute Mabuyane.

As of October, it has been five months since the Hawks claimed to have handed over the docket to the NPA.

After reaching out to the Hawks as well to provide clarity on NPA’s comments, the DCPI reiterated, without giving a yes or no answer, that the investigation has been completed.

“The investigation has several phases and this phase is completed,” Hawks spokesperson Katlego Mogale told The Citizen.

The focus is now on “this phase”, but this is where the confusion sets in, as the DPCI is not only contradicting the NPA’s response, but also its own initial statements.

The Citizen subsequently probed how an investigation could be finished as well as have several phases.

Asked yet again on whether the Hawks maintains that the investigation has indeed concluded, Mogale suggested that The Citizen should not focus on the DPCI and the NPA contradicting each other.

“As indicated, the DPCI suited what it believed to be complete investigations. As usual practice, the NPA will direct where there is additional information required hence a requirement for warning statements.

“We should not allow the degeneration into a contention between NPA and DPCI to become the subject and moving away from the subject of interdiction. The rest will come out in the affidavits,” she said.

Mogale added that: “I’ve given you information and response from our side. I cannot speak for NPA.”

So, questions still linger – have the Hawks completed their investigations or not? And will the NPA prosecute Mabuyane anytime soon?

Mabuyane has since approached the Bhisho High Court to interdict the Hawks’ “completed” investigation into him.

The premier, in his papers, has asked the high court for an order setting aside the decision to launch an investigation into the “unspecified allegations” against him.

The premier also wants the court to compel the Hawks to provide him with all the information they have against him.

The Hawks have already indicated that they are set to oppose Mabuyane’s interdict application.

Mkhwebane’s report concluded that Mabuyane and public works MEC Babalo Madikizela, and the provincial ANC, benefitted from a R1.1 million tender set aside to transport mourners to Mbizana in 2018 to a memorial service for Madikizela-Mandela.

The public protector investigated the matter following a complaint from Buffalo City Metropolitan Municipality resident, Xolile Mashukuca, according to News24.