The application was lodged by the DA, AfriForum and the Helen Suzman Foundation. 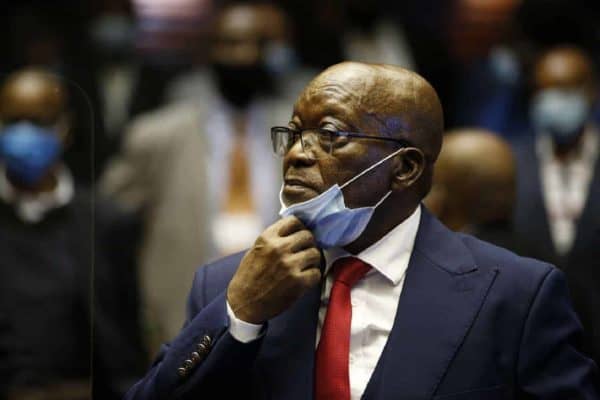 The Pretoria High Court heard an application to review and set aside the release of former President Jacob Zuma on medical parole.

The DA wanted the high court to set aside Zuma’s application to be released on medical parole and to order the former president to be returned to prison to complete the remainder of his sentence.

The application was lodged by the Democratic Alliance (DA), AfriForum and the Helen Suzman Foundation (HSF).

The DA, AfriForum and the HSF threatened to pursue legal action in September after the former national commissioner of Correctional Services, Arthur Fraser, admitted during an interview with SABC News that he had overridden the Medical Parole Advisory Board’s decision not to free Zuma from jail.

It was argued on Tuesday that Fraser didn’t substantiate his reasons for the former statesman’s parole, especially since no substantial information was provided up to prove Zuma was terminally ill.

Advocate Dali Mpofu said the court proceedings were based on untruths. He described it as “frivolous and said Zuma’s medical parole was submitted to the parole board.

Mpofu believes it is a “thinly veiled political stunt aimed at cheap electioneering, racist hatred, opportunism and the unwanted attention of busybodies”.

“Dr Mphatswe knows exactly about Section 79.1 because he is a member of the board, so he would not say that ‘I wish to recommend that the applicant be released on medical parole’ if conditions were not been met”, Mpofu said.

Judgement has been reserved.

Zuma was released on medical parole on 5 September, after he was sentenced by the Constitutional Court in late June to serve a 15-moth jail term at the Estcourt Correctional Centre in KwaZulu-Natal, for being in contempt of a court order to appear before the Commission of Inquiry into Allegations of State Capture.

At the time, the Department of Correctional Services announced that Zuma was granted parole on medical grounds after it received two medical reports on his health condition, which have not been disclosed to the public.

The department said Zuma had been placed on medical parole in terms of section 75(7)(a) of the Correctional Services Act 111 of 1998.

“Apart from being terminally ill and physically incapacitated, inmates suffering from an illness that severely limits their daily activity or self-care can also be considered for medical parole,” said the department’s spokesperson Singabakho Nxumalo.