Luvuyo Godla accused the NPA of violating his client's rights by refusing to hand over the charge sheet. 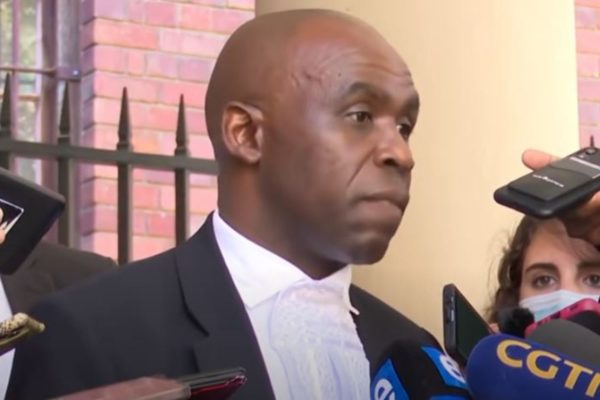 Luvuyo Godla, lawyer for Parliament arson-accused Zandile Mafe has threatened urgent court action against the National Prosecuting Authority (NPA) if they do not provide him with a copy of his client’s charge sheet immediately.

Mafe made his first appearance in the Cape Town Magistrate’s Court last week and is expected back in court again on Tuesday. He faces at least five charges in connection with the January 2 blaze that destroyed the Old Assembly Wing and the National Assembly of the buildings of Parliament.

Godla wrote a letter to the NPA on Friday, saying his client’s constitutional rights to being provided with reasons for his detention were being violated by the absence of the copy of a charge sheet. Godla demanded a copy by Monday.

The letter surfaced on social media platforms over the weekend.

Godla confirmed the authenticity of the letter, saying that he had nothing to hide as the case was of public interest.

“A charge sheet copy enables an attorney to properly represent his client in court. We all know of the charges brought against my client last week, but we need the in-depth copy of the charge sheet. The NPA undertook to give us the charge sheet on January 4 and I reminded [Eric] Ntabazalila (NPA Western Cape spokesman) in the court corridors, but nothing has been forthcoming,” he said.

The absence of the charge sheet copy would leave him with no option but to approach the high court on an urgent basis and ask that his client be released, Godla added.

“Last time I raised this matter again, they [NPA] said the charge sheet was delayed because the investigating officer couldn’t access the crime scene due to safety concerns. Adequate preparation on behalf of my client dictates that we have all the documentation before us, including the charge sheet.

He said the clerk of the court has the docket that contains everything pertaining to the case, including the charge sheet.

“I do not know what is this performance from Godla. This is very strange. He asked for the copy from me after court, and I directed him to the clerk of the court. It is there, a public document that he can access anytime at the court… We [NPA] have no obligation to provide him with the document.”

The State is set to oppose bail after it was given a week by the court to access the crime scene.

When asked how Mafe was doing in detention, Godla said he was ready for his second day in court.

“He is in good spirits, he is well and ready.”