SCA judges said Makgoba's unbecoming language in a court of law was unacceptable and offensive. 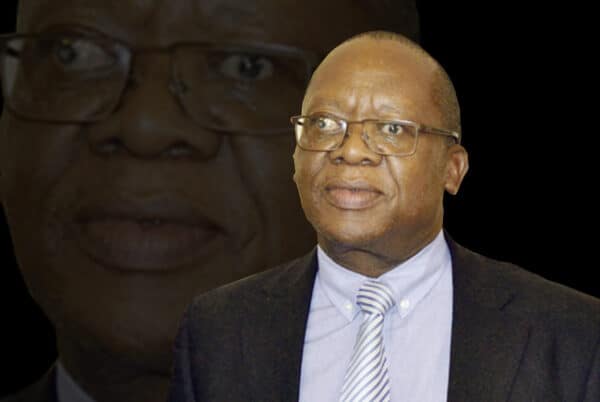 The Supreme Court of Appeal (SCA) has lambasted controversial Limpopo High Court Judge President Ephraim Makgoba for using foul language in a judgement he handed to a convicted police officer.

The full bench of the SCA on Wednesday described Makgoba’s language in the transcript as “offensive and unacceptable.”

Komane and his gang, who included a former G4S employee, arrived at the Marble Hall cash depot on a December night in 2015, disguised as women in camouflaged clothing.

They bludgeoned open the security doors and the roller garage door where employees were busy counting money.

The armed men held up the cashiers, took R11 million and fled, firing gunshots as they made their getaway.

Komane subsequently launched an appeal which Makgoba dismissed in the Polokwane High Court in 2021. He then petitioned the SCA but was unsuccessful, as the court also dismissed his case.

ALSO READ: ‘No prospects of success’: NPA to oppose Zuma’s petition to SCA over Downer’s removal

Undeterred, Komane wrote to the SCA Judge President Mandisa Maya, pleading that the ruling dismissing his leave to appeal be re-visited.

His matter was eventually heard by the SCA in February. A ruling by a full bench dismissing Komane’s application again was delivered on Wednesday.

In the judgement, Judge JA Mbatha noted that Makgoba blatantly labeled evidence from one of the witnesses as “shit.”

“The transcript reveals that the learned judge referred to Mr Mampane’s evidence as follows: ‘It is sh…t’. Assuming that this transcription is accurate, it warrants this Court noting its disapproval.

“It is unacceptable for a judicial officer to use profane language in a judgment. It is offensive, to say the least. As judicial officers, we need to show decorum and respect to everyone, irrespective of their station in society or the nature of the evidence they give,” read the part of the judgment.

Makgoba, said the judges, could have made credibility findings if he did not believe in the veracity of Mampane’s testimony.

READ MORE: JSC’s performance has left its reputation in tatters

A judge with a reputation

It is not the first time that Makgoba finds himself in hot water with his judicial peers.

He was previously accused by two Limpopo judges of allegedly trying to influence their ruling in an appeal case.

According to a News24 report last year, Judges Legodi Phatudi and Khami Makhafola claimed Makgoba told the Thoyandou High Court judges that a specific group of lawyers had “captured” that court and “must be shown that we are not going to fear them neither do they own this division”.

Furthermore, the Judicial Service Commission (JSC) four years ago found that Makgoba had attempted to abuse his power in the province’s high court division.