The ConCourt says 'no case has been made out for rescission'. 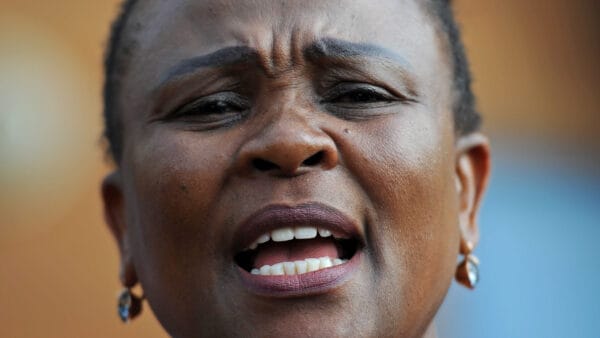 Public Protector Busisiwe Mkhwebane has lost her bid to rescind a Constitutional Court (ConCourt) judgment related to her impeachment.

The ConCourt on Friday dismissed Mkhwebane’s application because “no case has been made out for rescission”.

“Therefore, the Court has concluded that the application should be dismissed as no case has been made out for rescission,” the judgment reads.

The ConCourt further decided not to award costs.

Speaker of the National Assembly Nosiviwe Mapisa-Nqakula has since welcomed the ruling.

“The Speaker of the National Assembly welcomes the decision of the [ConCourt] dismissing a rescission application by Public Protector,” Parliament spokesperson Moloto Mothapo said in a tweet.

Mkhwebane approached the ConCourt with a rescission application – which was opposed by Parliament – seeking an order for the apex court to reverse its own ruling.

In February this year, the ConCourt gave Parliament’s ad hoc committee on the Section 194 Inquiry the green-light to proceed with Mkhwebane’s impeachment.

The Public Protector had also sought to have the impeachment process suspended, via an interdict, until the rescission was finalised.

She filed her interdict papers at the Western Cape High Court and the matter was postponed to 18 May and 19 May.

President Cyril Ramaphosa, in March, wrote to Mkhwebane asking her to explain why he should not suspend her.

Meanwhile, Mkhwebane has opened a criminal case against Ismail Abramjee and his unknown accomplice or accomplices.

Abramjee is alleged to be the man who had claimed to be aware of the ConCourt judgment regarding Mkhwebane’s rescission application, which was leaked.

It is said that Abramjee sent a message to advocate Andrew Breitenbach, the lead senior counsel for Mapisa-Nqakula, saying that he had it “on good authority” that the ConCourt had decided to dismiss Mkhwebane’s application.

He also said the apex court would make the decision public before last week Friday.

The charges, the Public Protector laid at the Brooklyn Police Station in Pretoria on Thursday, include contempt of court, defeating or obstructing the course of justice, and contraventions of the Prevention and Combating of Corrupt Activities Act (PCCA).

“This leak, if established, clearly poses a threat to the very fabric of our democracy, the rule of law and the much-needed independence of the judiciary.

“The country, therefore, has no choice but to get to the bottom of this matter. It cannot be swept under the carpet. It cannot be business as usual,” she told the media outside the police station.

Mkhwebane said her office would also be investigating the alleged ConCourt leak to the extent that the law permitted.

In an interview with the SABC last week, Chief Justice Raymond Zondo said the leaking of the judgment was “unacceptable”, and that an investigation had been launched.

The impeachment process against the Public Protector could take seven months to complete, according to Parliament.

The Public Protector will be the first head of a Chapter 9 institution to face a parliamentary inquiry.

The panel – chaired by Justice Bess Nkabinde – was established by Thandi Modise after the DA tabled a motion for Mkhwebane’s removal from office in December 2019.