A suspect was arrested in connection with the murder of 18-year-old Ronel Martins. 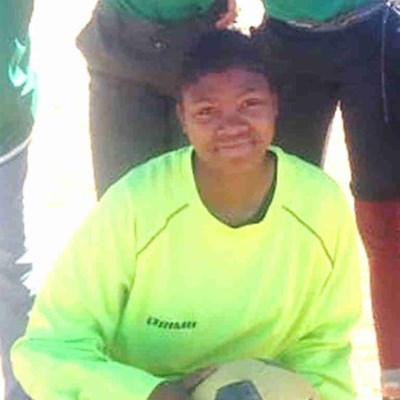 She did not deserve to die so young, and in such a cruel way, said family members of 18-year-old Ronel Martins, whose body was found in an abandoned farmhouse outside De Rust, reports Oudtshoorn Courant.

It is believed Martins was raped and strangled to death.

According to a family member who wishes to remain anonymous, Martins lived on Rietfontein farm, and was visiting family in Middelplaas.

ALSO READ: Domestic violence escalates despite 16 days of activism against it

“She was apparently on the way home when a man offered to walk with her. We have known the man for many years, and he lives near us. Ronel’s mother waited for her to return home on Saturday, but she never arrived. We thought she was staying on with family.

“When she still hadn’t arrived home on Sunday, the family started to [worry]. The deacon told us on Sunday that Ronel is dead. There is also a rumour that she was raped. The people that found her said her jeans were pulled down, and her shoes were placed aside. We think she was murdered on Saturday.”

“My child was a good child. She didn’t party, drink, or smoke. She always helped other people and she looked after other people’s children. Now she is gone and we already miss her so much.”

The man is alleged to have strangled Ronel to death.

The suspect, Flip le Grange, appeared in the Oudtshoorn Magistrate’s court on Wednesday, and the case has been postponed to January 29 while further investigations take place.

Ronel will be buried on Sunday, December 23.

Robbers sentenced for robbery, murder of former UKZN professor
8 hours ago
8 hours ago

Robbers sentenced for robbery, murder of former UKZN professor
8 hours ago
8 hours ago