The fatal shootings took place during an argument over some drivers pushing to the front of the queue to load passengers. 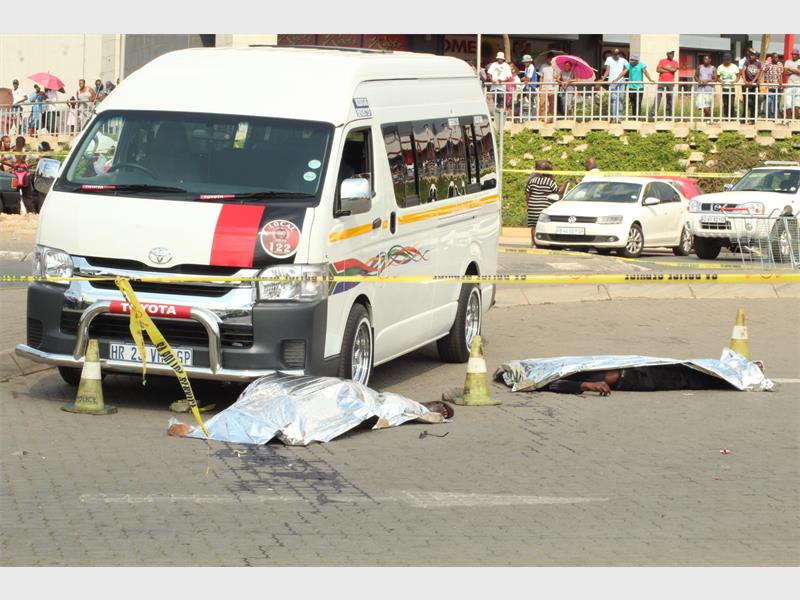 The bodies of men killed in a shooting in Gauteng lie covered at the scene, 16 January 2019. Photograph: Jantji Ngwenyama

Two men were gunned down at Birch Acres Mall Taxi Rank on Monday during a fight over taxi operations, reports Kempton Express.

According to SAPS communications officer Sgt Sharon Tsotsotso, police were called to the mall on Monday afternoon where they found the bodies of two men.

“The ambulance was also called and when the paramedics arrived, they certified the two men dead on the scene.

“Both the men were shot in the upper body,” said Tsotsotso.

She said one of the deceased men was a taxi owner and taxi rank manager, while the other was a colleague at the rank.

Tsotsotso said the killings resulted from personal disagreements and were not connected to taxi violence.

According to the Tsotsotso, the shooting came about because of some taxi operators jumping the queue at the rank to load passengers, a practice known as ukudunusa. 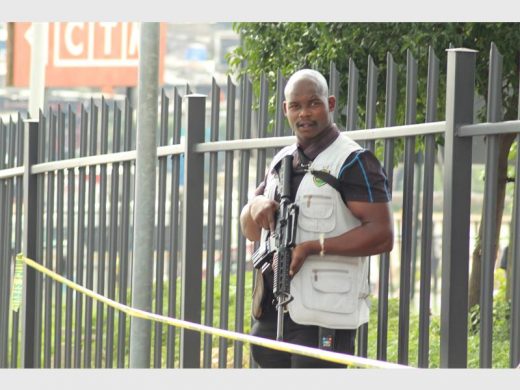 “An argument ensued following a disagreement and one of the men fetched a colleague, who then pulled out a knife.

“The suspects started shooting. Three people were shot. Two succumbed to their injuries, while the third person was shot in the leg and was rushed to hospital,” said Tsotsotso.

Two suspects were arrested for the killings and were expected to appear in Tembisa Magistrate’s Court on Wednesday.

Two guns were recovered; a licensed firearm belonging to one of the suspects and a firearm that had been stolen in kwa-Mbonambi in KwaZulu-Natal. 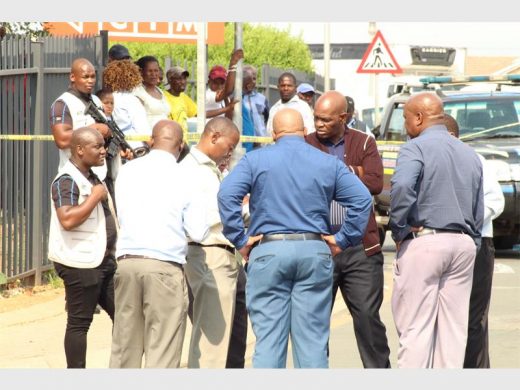 One of the suspects was arrested on the scene. The other fled in his vehicle and the police gave chase. The suspect was cornered and arrested on Plane Street in Kempton Park.

An eyewitness, a taxi operator who wished to remain anonymous, disputed the account that one of the men pulled out a knife. However, the witness confirmed that there are taxi drivers who do not keep to their place in the queue.