UPDATE: Agrizzi and others arrested by the Hawks granted R20k bail

The case has been postponed to March 27 and the accused were instructed to hand over their passports. Former Bosasa COO Angelo Agrizzi, who was among those arrested by the Hawks on Wednesday in connection to alleged corruption at the controversial company and the department of correctional services (DCS), was granted R20,000 bail.

Agrizzi, along with his co-accused, appeared in the Pretoria Specialised Commercial Court on Wednesday.

A draft charge sheet lists the former commissioner of the DCS, Linda Mti, as accused number one, with the former DCS CFO Patrick Gillingham, Agrizzi, former Bosasa CFO Andries Van Tonder, and Bosasa, Sondolo IT, and Phezulu Fencing (subsidiaries of Bosasa) as his co-accused.

The case was postponed to March 27 and the court instructed the accused to hand over their passports.

EWN reports that according to court papers the publication has seen, Agrizzi, as well as Van Tonder and Mti, are among the seven suspects the Hawks arrested on Wednesday on allegations of corruption, money laundering, and fraud.

The Hawks said in a statement on Wednesday that seven suspects aged between 50 and 78 years old were arrested these allegations.

The Hawks said the sweeping high-profile arrests follow a marathon investigation wherein almost R1.6 billion is said to have been misappropriated in the tender processes for the procurement of various services by the DCS. The tenders were awarded to Bosasa Operations (Pty) Ltd and its affiliated or subsidiary companies. 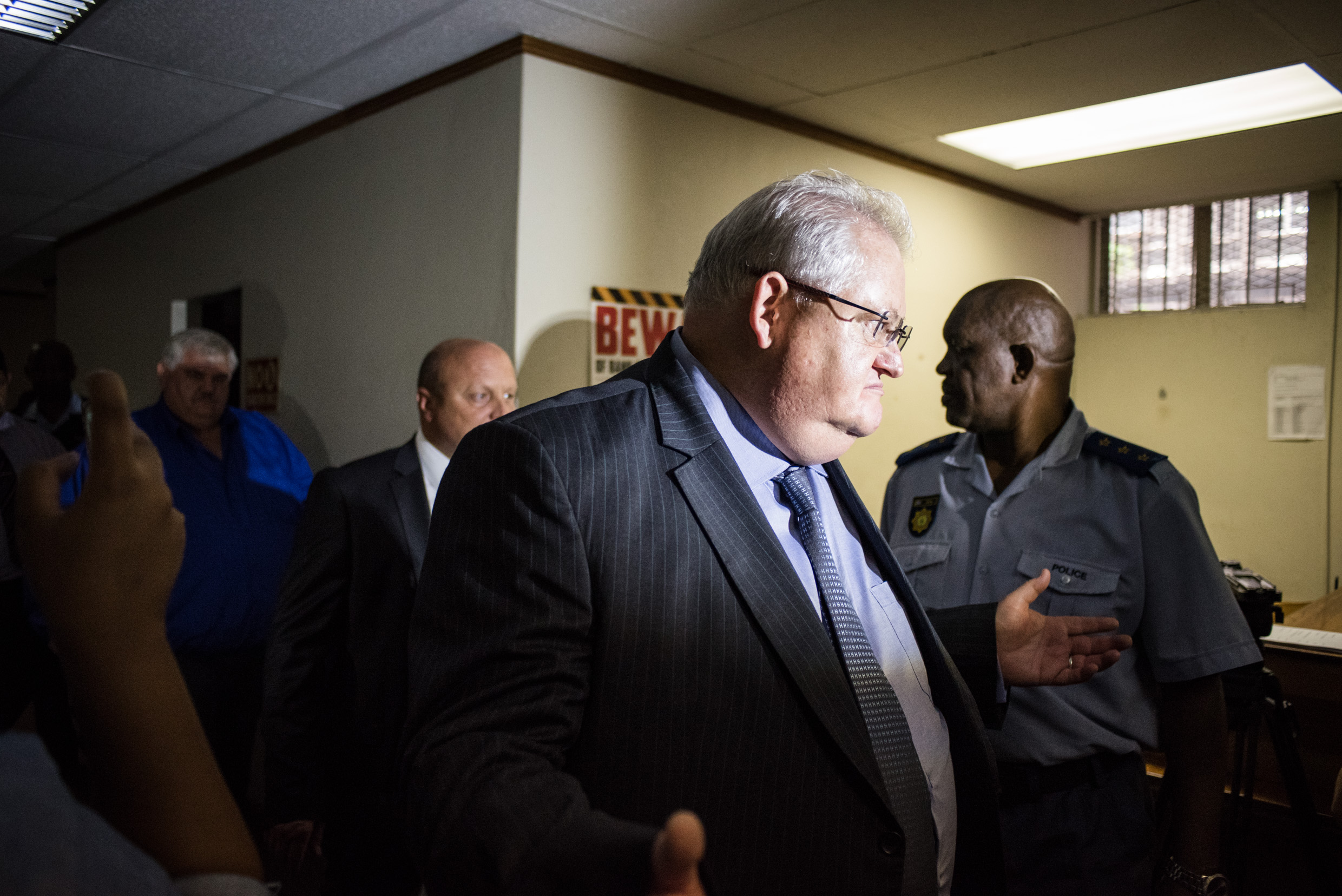 The Hawks said those arrested included officials from the DCS and Bosasa.

It is alleged that the officials received and accepted gifts in the form of cash, and also receiving financial assistance in acquiring properties, acquiring motor vehicles from dealers, other assets, and payments to travel agents for overseas travel.

In a statement, the Hawks said one of the suspects was overseas, however, he had been informed that there was a warrant for his arrest. Another was in Port Elizabeth and efforts were underway to bring him back to Pretoria to face the charges.

The National head of the Hawks, Lieutenant General Godfrey Lebeya, has welcomed the arrest of the suspects.

“I appreciate that the attendance of the accused in court is finally secured. It is a step in the right direction and I am looking forward to the proper conclusion of the matter with a verdict in court,” said Lebeya.

Testimony at the commission of inquiry into state capture in recent weeks by former Bosasa employees and contractors, including Agrizzi and Van Tonder, implicated former officials at the DCS in the alleged corruption at the company and department, including Mti and Gillingham, as well as the Bosasa’s CEO Gavin Watson.