The weapons are alleged to be linked to various CIT heists and ATM bombings in the Tzaneen and Polokwane area. According to a reliable source, members of the Tzaneen Tracking Team (TTT) questioned two suspects on Tuesday evening regarding the location of a hidden weapon allegedly used in an attempted murder, reports Letaba Herald.

“The firearm was found at the graveyard, wrapped in a plastic bag,” the Letaba Herald was told.

The firearm was exhumed and handed over to the Tzaneen SAPS.

The magazine was not found when the firearm was recovered.

According to the source, more information was revealed to the investigation team, including the names of the suspects.

One of the suspects led the team to more explosives that were discovered just outside of Polokwane in the Bochum area. 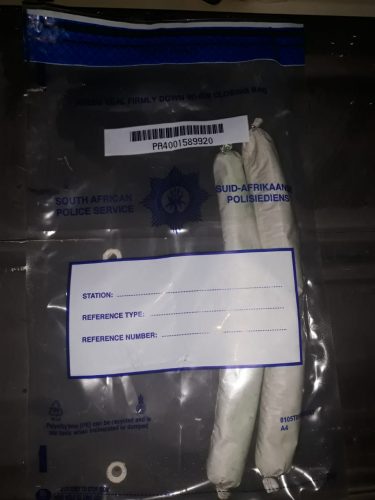 It is further alleged that the recovered firearm and explosives could be linked to a cash-in-transit heist that occurred at the Risaba Filling Station.

According to another source, the firearm and explosives could also be part of a syndicate of ATM bombings in the Tzaneen and Polokwane area.

Captain Motsweri, Tzaneen SAPS spokesperson, could neither confirm nor deny the allegations or findings.

“I do not know anything at the moment. I will revert back to your publication in the morning,” Motsweri told the Letaba Herald.