36 undocumented Malawians found hiding in back of truck in Polokwane

In total, 40 people were detained, including three women and four children between the ages of 10 and 14. 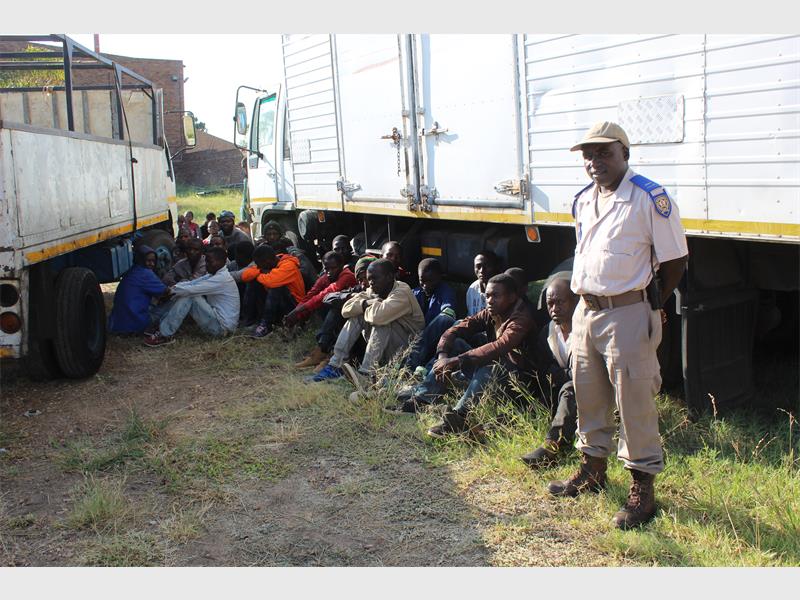 Vorster Senyolo is the traffic official who found 36 people being illegally transported at the back of a truck.

Traffic officer Vorster Senyolo, a member of the Polokwane traffic department, told Polokwane Review that last Thursday morning, during a stop-and-go operation, he saw a truck driver trying to avoid being pulled over by taking an earlier off-ramp.

“I decided to follow the truck as I suspected something was amiss.”

The vehicle had no number plate and was found to be unroadworthy. While inspecting the back of the truck, Senyolo found 36 Malawian passengers hiding. 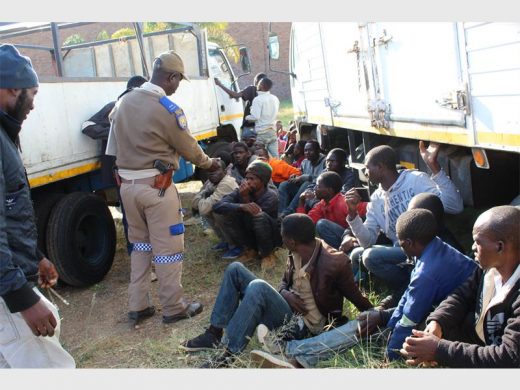 Undocumented immigrants from Malawi hand their documents to traffic officials in Polokwane after being detained.

“I got on to the back of the truck wanting to investigate the cargo and those passengers were hiding under some water bottles. We impounded the vehicle and the drivers, as well as passengers, were detained,” Senyolo.

The driver of the truck, whose name is known to Polokwane Review, said they were heading for Johannesburg.

“In our country, there is no work, and there is no way to make a living, so I brought these people here to visit Johannesburg and if they are lucky, they can find some work and make money.” 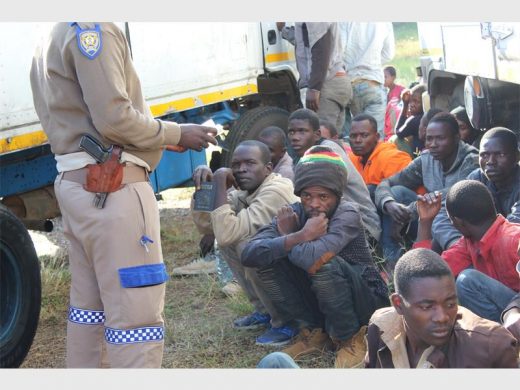 He was bold in saying the truck had been stopped previously, and the passengers were detained, but they were later released and they continued their journey.

In total, 40 people were detained, including three women and four children between the ages of 10 and 14.

The owner and driver of the truck was charged with illegally transporting passengers and driving without a driver’s licence, while also driving an unlicensed vehicle that was not roadworthy. It was also found that the vehicle had stolen licence discs.

Some passengers had the necessary documents and were subsequently released, while the rest will face deportation.

Last year, a truck driver was arrested for bribery and transporting 87 undocumented immigrants, also from Malawi, in the back of a truck. They were heading for Durban. The discovery was also made during a stop-and-go traffic operation.