Richard Kwena Modikwa stumbled upon the scene in which he was able to help the young victim. 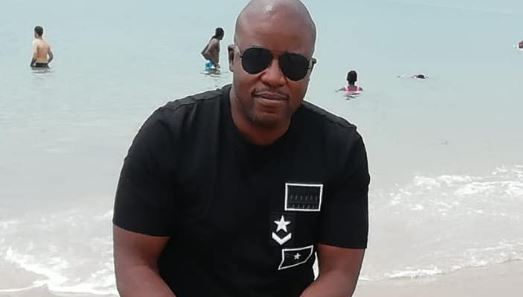 Richard Kwena Modikwa came to the rescue of a young woman who had been involved in a smash-and-grab on Saturday night. Photo: supplied

It was business as usual on Saturday night for local businessman Richard Kwena Modikwa.

Modikwa, who owns and runs Kwena Travel and Tourism, had no idea that his hunger and leaving a full Engen garage would lead to him the rescue of Elsje Saayman, who had been involved in a smash-and-grab on the Krugersdorp highway near the Forest Hill Shopping Mall.

“I had just dropped off passengers in Johannesburg and I stopped at an Engen garage on the N1 to buy food but when I saw how full it was, I decided to leave. I was on my way back to Polokwane and decided to take the N14 and use another route to Pretoria when I noticed what looked like people fighting,” Modikwa told Polokwane Review. Richard says when he turned his brights on, he saw two men standing next to a car with one occupant inside when he decided to stop.

“When I stopped, the two men ran away and the next thing, this tiny person came rushing to me and hugged me asking for help. She realised that I wasn’t going to harm her and I told her to try and calm down as I was there to help. Metro police then arrived but only stayed for a few minutes before leaving. I gave her my phone to call her family,” he explained.

Having stayed by Elsje’s side the entire time, Richard told Polokwane Review that he had to make sure they got home safe and followed them to their home before making his way back to Polokwane.

When asked why he decided to stop and help, Richard said that he was the type of person to stop and see what the problem was and how he could help if he saw someone in trouble or distress.

“Can you imagine what would have happened to her if I had stayed to buy food? Look at God and how He helped me save her life,” he told Review.

Richard said he had received well wishes from strangers who had thanked him for what he had done.

“I have gotten a lot of good words from other people but I just want to thank God,” he said.