The victim was rushed to the hospital with extensive injuries to his upper body. 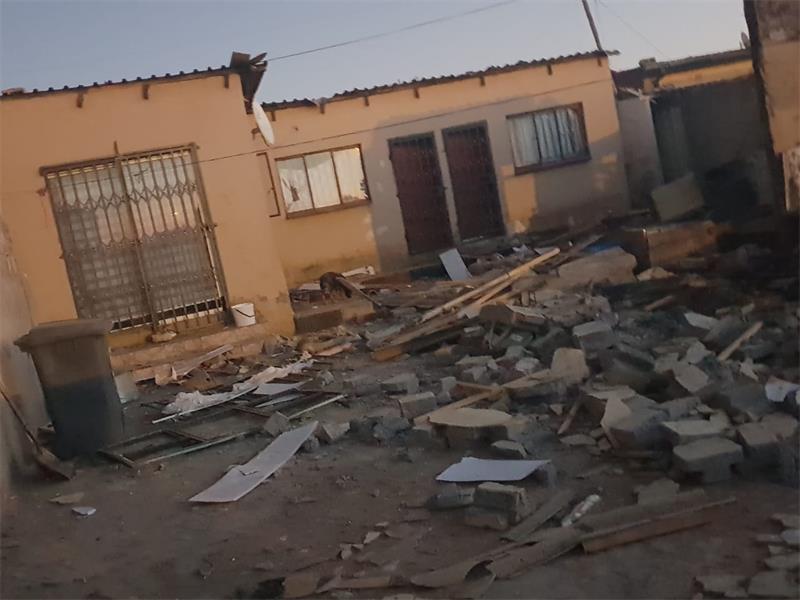 The councillor whose house in Mohlakeng was allegedly petrol-bombed early on Sunday morning has been identified as ANC councillor Festus Mchini Matshogo. Photo: Supplied

The police are appealing for information to enable them to identify and apprehend the suspects behind the petrol-bombing of a 58-year-old councillor’s house on Sunday, reports Randfontein Herald.

Police spokesperson Captain Kay Makhubela confirmed that members of the SAPS Explosives Unit responded to reports of an incident of alleged arson that took place between 4am and 5am.

“While circumstances surrounding this incident as well as a motive are yet to be determined, police can confirm that at least three unexploded petrol bombs were found at the scene. Preliminary investigations of the damage to the house confirmed the possibility that the suspects could have used explosives other than petrol bombs,” Makhubela said.

The victim was rushed to the hospital with extensive injuries to his upper body.

“The Gauteng Police management condemn this incident, and are calling upon the community to come forward with information that could assist with the identification and the apprehension of the suspects. The Gauteng Provincial Police Commissioner has tasked the Organised Crime Detectives Unit to prioritise this case and mobilise all resources available towards solving this case,” Makhubela added.

“The unfortunate incident has left the community with rage and lots of misery in their minds. The physical condition of the councillor is severe and he is under strict medical supervision. He is currently hospitalised and upon receiving the thorough medical report, the municipality will update all necessary recipients on his physical condition,” Thlaripe said.

Thlaripe added that upon learning of the incident, the RWCLM executive mayor, councillor Mzi Elias Khumalo extended his deepest sympathy to the family, immediate relatives, and friends of the victim.

“The executive mayor further wants to encourage members of the community to give space to law enforcement agencies to perform their work with diligence without any distractions. This will enable the police to apprehend those responsible for this merciless act. We want to urge the community to act calmly and let the police do what is necessary,” he added.

Anyone with information is urged to contact the police in Mohlakeng or call the Crime Stop number 08600 10111.