More than 30 dogs poisoned in Joburg More than 30 dogs have been poisoned in Gillview, Johannesburg, since February, reports Southern Courier.

Gillview Unite Group (GUG) said the crime has reached unprecedented levels in the Gillview area. Following the poisoning of the dogs, gate motors, sound systems, mag wheels, car batteries, and numerous other items have been stolen.

They said it looks as though a new syndicate has arrived in the area. Their modus operandi is to either question the domestic workers or the children about the occupants of the house.

On May 4, one of GUG members was followed home from the bank by three males in a white Toyota Corolla demanding the money that had been withdrawn. Fortunately, a couple of the other group members saw what was happening and alerted the group. The security company responded, and the criminals only managed to get a cellphone before fleeing the scene.

The residents of Gillview have had enough and are demanding that a fence be erected to block access to or from the highway, as the criminals are using this as an entry or escape route into and from the area. 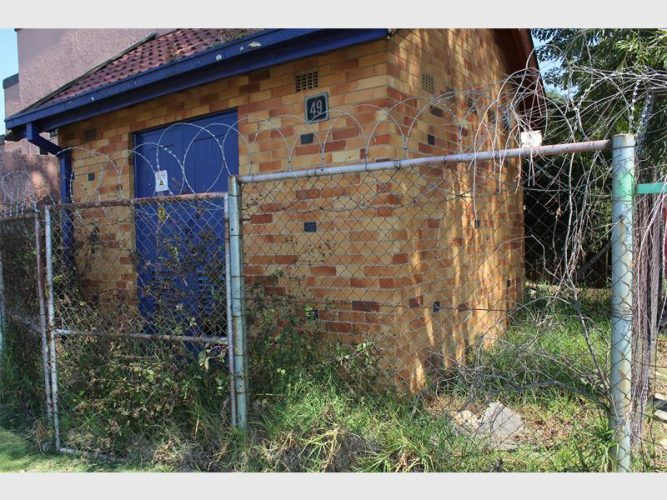 Criminals use the unkempt substation in Sonia Street as their hideout.

One member of Gillview Unite Group said: “We all know that SAPS are overloaded and therefore, in order to lessen their load and secure our neighbourhood, this fence is of utmost urgency. On behalf of the residents of Gillview, we would like to extend our heartfelt thanks and appreciation to TPS Security for always going the extra mile and always looking out for each and every one of us irrespective of which security company we belong to.”

Natasha Englund from TPS Security said they agreed with the community to put up the fence, at least there would be control of who came in and out the area.

“Our priority is the safety of the community and working together with them,” she said.

“This office is aware of the dog poisoning as the cases were opened at the station. We also went and checked the information of the above and yes there have been numerous cases opened at Booysens SAPS from house break-in, theft, malicious damage to property but there are also a large number of crimes that have not been reported as the criminals have been stopped before the crime could take place. This is due to the community working together to fight the crime. Thank you very much for this.

“Booysens SAPS cannot, however, confirm if a ‘new syndicate’ has moved into the Gillview area. This office has, on numerous occasions, with the assistance of the Southern Courier, printed warnings about people pretending to do work and asking access to homes.

“The fact that the community wants to erect a fence is a good idea, and this must be applied for via City and Parks as they are in charge of this. There is a procedure that they have to follow for this, and once done correctly and approved a fence can be erected.”

How to spot a poisoned animal

Death by poisoning is arguably the cruellest and inhumane way to kill an animal. Aldicarb, alternatively known as Two-step or Temik, is most commonly used to poison dogs.

The number of animals poisoned with illegally obtained poisons in South Africa has increased steadily in recent years. Criminals often use these illegal poisons to maliciously kill dogs before committing crime, such as break-in and entering or motor vehicle theft.

It is advised that all poison cases must be reported to the local police with a request for them to investigate the case and remove any suspected poison residues/bait from your property. A poisoning incident is a crime, and should always be reported into one’s local police station as such.

How to identify the poison

Two-step is identified by its small black granular appearance. The poison almost looks like poppy seeds. It is extremely toxic and will poison any human or animal that comes into contact with it. If you see what looks like two-step on your property, do not touch it with your bare hands – the poison can be absorbed through the skin. Wear gloves when removing the poison from your property. Criminals usually hide it in meat so that dogs consume it.

How to identify if your dog has been poisoned

A poisoned dog will begin to convulse and will look as if worms are crawling on the body. The dog will vomit, drool and his pupils may change. Unfortunately, there is no antidote for two-step and it is a fast-acting poison, but if you can get your companion to a veterinarian in time, they may be able to neutralise the poison.

How to protect your companion from being poisoned

Poisoning mostly occurs during the night, therefore it would be best to let your furry companion(s) sleep inside. Alternatively, divide the back yard from the front and keep your dogs in the back so that they aren’t easily reached by outsiders. Speak to your local veterinarian about a possible poisoning emergency kit at home which may assist your companion until you get professional help (this is not to replace veterinary assistance but to improve the chances of neutralisation following veterinary intervention).

Animals need to be protected at all times. Report animal poisoning immediately. Remove any strange packaging or items from your garden, as these items could be laced with poison. Contact your vet immediately if you suspect your animal has been poisoned. Always keep your vet or a 24-hour vet’s number near in case of any emergency. You will be your animals’ last hope in case of poisoning.