Since the launch, a total of 2,937 motorists who found themselves on the wrong side of the law on the province’s roads have been arrested. 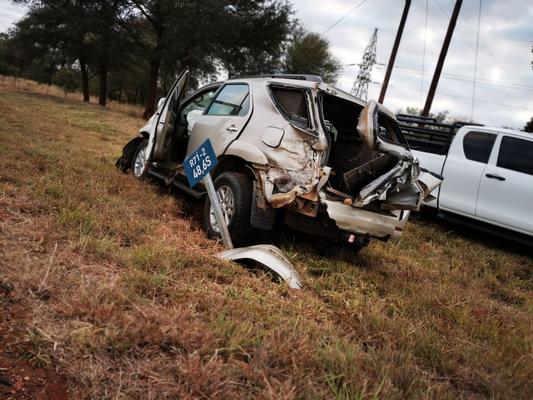 At least one person is believed to have died and about 80 other people were injured in a crash involving an articulated bus, a bakkie, and an SUV on the R71 (Phalaborwa-Giyani) road between Letsitele and Gravelotte in Limpopo early on Saturday morning. Photo: ER24

Mbalula launched a crime-busting operation, dubbed Tshwara Tsotsi (arrest criminals), in Limpopo in June. The operation was aimed at reducing the escalating road carnage that claimed many lives on the country’s roads every weekend.

It was also designed to bring to book motorists whose vehicles are not roadworthy or have worn-out tyres, those who drive with expired permits and those driving under the influence of alcohol, among other infractions.

During the launch, Mbalula said the traffic police would work hand in glove with the South African Police Service in an effort to make SA roads more user-friendly and safer.

“We are glad to announce that since the launch, a total of 2,937 motorists who found themselves on the wrong side of the law on our province’s roads have been arrested,” he said.

The suspects’ guilt would be tested in different magistrate’s courts in the province’s five districts.

He said a total of 1,107 fines were issued for contravening the Road Traffic Act and the Liquor Act.

Sekhukhune owed its low arrest rate to having the least traffic officers and traffic stations – four. “But we are hard at work to change that,” Masemola said.

The operation had not uncovered a single traffic officer breaking the rules.

Mbalula had announced during the mass funeral of 21 of the 24 youths who died in an accident while travelling in a taxi that collided with a bus, along the R81 road between Mooketsi and Giyani, that they would be actively targeting corrupt officials.

Mbalula accused police officers of accepting bribes from motorists instead of arresting them.