Palesa Madiba – Gone but not forgotten

Another neighbour, echoed that Madiba's disappearance has left many in Soweto speaking about the incident. 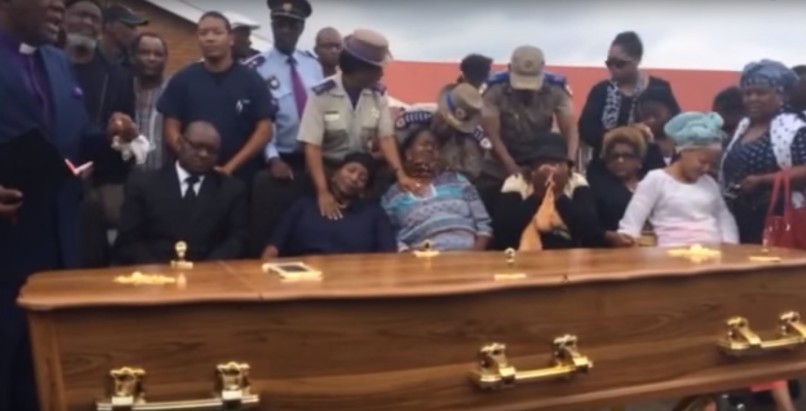 It took police two years and six months to find her body, and almost six years to arrest the person allegedly behind the murder.

The remains of the Bachelor of Commerce degree student were found behind a building at a house belonging to her best friend, Tshidi Mkhwanazi in Phiri, Soweto, a few kilometres away from the Madiba family.

Madiba and Mkhwanazi were described as best friends who grew up together and they were so close that they would even sleep at each other’s parental home.

However, on August 9, 2013, their friendship came to an abrupt end when Madiba disappeared for good, before her body was unearthed in December 2015 by forensic experts.

This was thanks to a curious neighbour who saw a hand protruding from the ground. The neighbour alerted police who swiftly responded to Mkhwanazi’s home and made the shocking discovery.

Madiba’s body lay beneath blocks of tile behind the backrooms at Mkhwanazi’s home. Her killer never thought that Madiba’s body would be found.

When confronted with questions by Madiba’s relatives on the whereabouts of their daughter, Mkhwanazi claimed she last saw her on August 12, 2013, when she left her best friend at her Phiri home in the morning.

Mkhwanazi’s uncle Dumisani Mkhwanazi, 36, was taken in for questioning by police but later released. Dumisani then obtained a restraining order against the Madiba family, claiming they were harassing him.

Fast forward to 2019, when Dumisani was arrested on July 29 in Protea, Soweto, where it was reported that he was hiding from authorities. He made his second appearance in the Protea Magistrates’ Court on Wednesday, facing charges of murder and defeating the ends of justice.

Dumisani is expected back in court on August 21. His neighbours have described him as a “dangerous” person who was always armed with a pistol. They expressed fear when asked for interviews, while others wanted to remain anonymous.

“That boy is dangerous. We are all afraid of him. We all knew that he killed that little girl (Madiba) and prayed that police were going to arrest him,” said an elderly woman who stays in the area.

“Dumisani grew right under my nose. He was a very naughty child and everyone can confirm that. I have also known Palesa for many years, she grew up visiting her friend Tshidi for years. I thought they were related until news broke that she disappeared from my neighbour’s house without a trace. I blame elders of that house, there is no way that they didn’t know what happened to Palesa,” she said.

Another neighbour, echoed that Madiba’s disappearance has left many in Soweto speaking about the incident.

“Whenever you tell people you are from Phiri, you are asked what had we done to Madiba. It is a question people ask us. The incident has shocked and embarrassed us here in Phiri. We all knew Palesa and thought she was related to the Mkhwanazis until she was killed. What kind of person does that to another human being?

“I have been praying that police must crack her case. I am happy that a suspect has been arrested. It is now up to the court to deliver justice. The Madibas deserve justice. The person who killed their child must never see the outside of prison. If Dumisani has done it, he must rot in jail. He is dangerous,” the neighbour said.

“How can he do such a thing, especially to a person whom we thought was his sister? I was not surprised when he was arrested because he is a naughty person and everyone can confirm that. Since he was arrested, our area is peaceful. I was shocked that he was in hiding because he was always here roaming the streets of Phiri,” she said.

A third woman described Madiba as a sweet, well-mannered person who was always smiling. The lady thought Madiba was Mkhwanazi’s twin sister.

Madiba’s cousin, Thabiso Tsholedi, earlier said his family was “partly happy” that something was finally happening.

“It’s been an emotional week. We prefer to be happy more than sad,” he said. Tsholedi said the family had met the accused soon after Madiba went missing, but that he had kept his distance, claiming he had no knowledge of her whereabouts.

Madiba’s uncle, Morena Madiba, said: “Everyone is happy and we just need justice now. Now that the man is arrested, we leave everything in the hands of the courts. The family had hope that one day, someday, the arrest would happen,” he said.