Western Cape’s weekend murders down by more than 10

An Anti-Gang Unit member, who was allegedly accidentally shot by one of his colleagues, was among those murdered this past weekend. 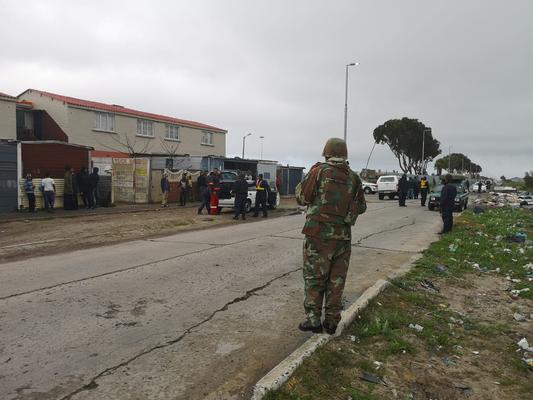 The number of weekend murders in the Western Cape has decreased slightly – from the 47 committed last weekend to 34 in the metro region this past weekend, the province said in a statement.

Of the 34, 21 were shootings, six were stabbings and seven were caused by other means, according the province’s weekly forensic statistics.

An Anti-Gang Unit member, who was allegedly accidentally shot by one of his colleagues, was among those murdered this past weekend.

Five people were murdered in Delft over the weekend, and four in Gugulethu. Three murders each were recorded in Manenberg and Philippi. Khayelitsha, Langa and Harare all recorded two murders each. The rest of the murders were committed in Athlone, Kraaifontein, Lwandle, Grabouw, Somerset West, Mfuleni, Mitchells Plain, Nyanga, Parow, Philippi East, Steenberg, Lingelethu and Samora Machel.

Premier Alan Winde said there may have been less murders but that families are still grieving their loved ones.

“We must be working towards zero, and nothing more. We are relieved to see the number of murders decline, however, this is of little comfort when 34 families are grieving the loss of a loved one,” said Winde.

He said at this week’s provincial Cabinet meeting that they would be receiving a report from the SA Police Service (SAPS) on crime and safety operations and the use of the South African National Defence Force (SANDF).

“We want to understand what the police, working with the army, are doing to prevent crime and curb violence.”

Winde argued that Police Minister Bheki Cele offered “nothing but cold comfort”, saying the SAPS has “lost the fight against crime”.

Last week, Cele said more than 1,000 people had been arrested since the deployment of the SANDF.

Of those, 806 were already in the system and were wanted for various crimes, including murder, attempted murder, hijacking and theft.

Cele stressed that the deployment of the defence force was merely a temporary solution.

However, Winde has raised questions about the effectiveness of the deployment – which ends next month.

“We are hearing community members on the ground, who were initially positive about the deployment of the army, starting to question their effectiveness, and if communities do not feel safer, then the SANDF and the police are not fulfilling their role and their mandate,” said Winde.