Two robbery suspects, both aged 40, were arrested by Durban police following a dramatic car chase and shootout in V section, Umlazi, on Wednesday. 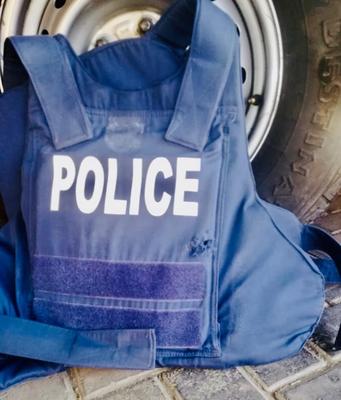 The incident played out in the early hours of the morning while the police in Lamontville were conducting a raid.

Police spokesperson Brigadier Jay Naicker said officers received a report of a stolen vehicle travelling on the N2 freeway which they then spotted and followed as it entered Umlazi.

“The police officers came under fire as they attempted to intercept the vehicle. A shootout ensued between the suspects and police which resulted in their vehicle crashing into a container.

“One of the suspects was taken to hospital for medical attention under police guard after he was injured during the incident,” said Naicker.

He added a preliminary investigation conducted at the crime scene revealed that the vehicle was stolen during a house robbery in Marianhill on Wednesday morning.

“It is alleged that the suspects, who were wearing balaclavas, entered a house in Solanda Crescent, Marianhill, after they kicked down the door. They proceeded to the homeowner’s bedroom and stole his wallet, appliances and motor vehicle at gunpoint.”

Naicker said the stolen property was recovered during the arrest.

“The police are investigating charges of attempted murder and robbery. The suspects are expected to appear in court soon.”

WATCH: Suspect sets car full of ammo on fire before shooting himself in chest
10 hours ago
10 hours ago
PREMIUM!

WATCH: Suspect sets car full of ammo on fire before shooting himself in chest
10 hours ago
10 hours ago
PREMIUM!