Lady Zamar was allegedly raped by Sjava after the two musicians performed at the Royal Heritage Festival in Limpopo in 2017, Sunday World has revealed. Lady Zamar is sick and tired of COVID-19 corruption.

Twitter was abuzz on Sunday morning, after Sunday World revealed that musician Lady Zamar has opened a case of rape against ex-lover, Sjava.

According to reports, Lady Zamar opened the case in November last year at the Lyttleton police station in Pretoria. It has since been transferred to Thohoyandou police station for further investigations.

The case details how Lady Zamar was allegedly raped by Sjava after the two musicians performed at the Royal Heritage Festival in Limpopo in 2017.

Since the announcement, Twitter users have been accusing women of not believing that Lady Zamar was raped by Sjava, with some questioning why a case was only being opened almost three years later, and others saying Lady Zamar was only opening the case because Sjava brought his wife to a concert she was performing at.

Having seen the posts from #ANightWithSjavaDurban the African me was fkn delighted. Who knew abantu bangavunula going to a modern concert?! It was amazing to see the culture awakening. Waking up to these headlines left me with a heavy heart.

I support Sjava until proven guilty.

When it comes to Lady Zamar & Sjava I’ll reserve my comment????

Let me drink my water… pic.twitter.com/DJkCmRqGLX

Lady Zamar needs to leave Sjava alone, y'all tryna drag Indlalifa down, why should this always come up when Sjava is doing great things "successful events"?? #ANightWithSjavaDurban pic.twitter.com/JKEIOGbeMS

SA females: that's not true, why did you keep quiet?

I'm concerned about people not believing rape victims. Yes, Lady Zamar and Sjava were dating. Are you telling me at this day and age you guys know nothing about CONSENT? It's amazing how people are attaching uZamar especially women.

However, the news did not come as too much of a shock to fans of Lady Zamar, who were aware that she opened up about alleged verbal and sexual abuse suffered at the hands of her ex-lover in October last year.

“You guys are exhausting man. I’ve been saying… Your precious Zulu man is a liar and a cheater. Cheers to every person that didn’t believe me when I told them that that nigga’s married.. coz in your face.. mxm y’all are exhausting.. now y’all wanna drag me coz I didn’t know?,” she said last year, while also addressing rumours of her past relationship with a married man.

She said: “I was abused (verbally and once sexually) and used… I was lied to and cheated on. Did I know? No. Did people tell me who knew? Yes, some… got inboxes and calls .. Did I ask? Yes. Did people I knew know what kind of man he is? Yes. Did they protect him? His friends? Yes.”

Other Twitter users have shown solidarity and support for Lady Zamar, and all women who have been victims of sexual abuse and assault.

I love Sjava.He is one of the best.But letting being a fan cloud my judgement would be pure disrespect to Lady Zamar.I am not a fan of Lady Zamar but I am on her side until proven otherwise by the court.Kuthiwa Sjava doesn't look like a rapist and he is humble????Niyanya kuleApp

When you have been sexually violated by someone you loved it even takes time for you to figure out what really happened to you,so I believe Lady Zamar when she say she was raped by Sjava,please spare me your

“Why now”
“She’s jealous”
“She must provide evidence”

RAPE IS RAPE!!! IT DOESN'T MATTER HOW LONG IT TAKES FOR THE PERSON TO SPEAK PUT!! that abuse messes youbiut mentally. You might not speak about it but you will forever deal with it!
So TALL of you who are Defending SJAVA and saying Lady Zamar is Chasing Clout!

Wait until this happens to you or your loved one then u will know u had no business judging Lady Zamar. @cici_worldwide suffered the same backlash on this app, injured even and the courts failed her. Women never win, unfotunately. Nihlezi nilinde ukujabulela ubuhlungu babantu ????

Sunday World further reported that Sjava failed to comment on the allegations at the time of going to print. 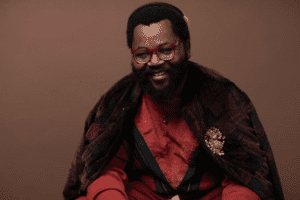 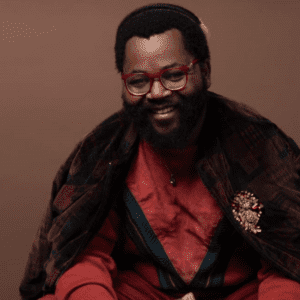 Sjava denies having three wives, says they are merely supporters
2 weeks ago
2 weeks ago

Sjava denies having three wives, says they are merely supporters
2 weeks ago
2 weeks ago