The head of the police in the Western Cape has admitted that SA Police Service officials were 'overzealous' and might not have used 'logic or common sense' when they arrested a Cape Town couple whose toddler ran on to a beach. 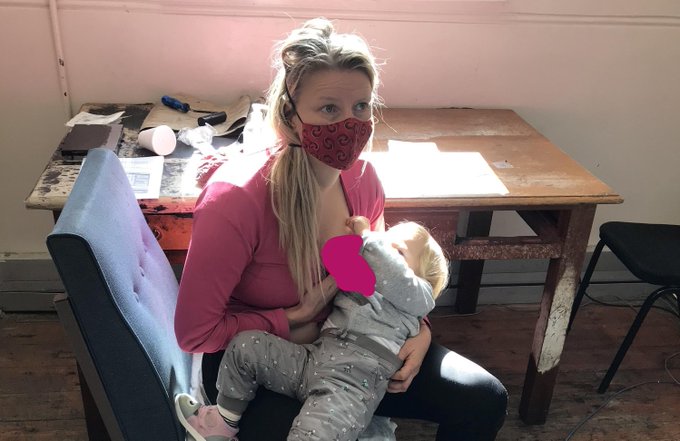 Tereza Cervinkova, and her daughter, Florence, aged 21 months, who were arrested with her partner, Liam Bulgen, after the toddler ran onto Muizenberg beach, 5 May 2020. Picture: Twitter / @laurencep2010

Liam Bulgen told News24 this week of his ordeal when he and his fiancée, Tereza Cervinkova, were arrested at Muizenberg beach for fetching their 21-month-old daughter Florence who had wandered onto the sand during the lockdown exercise window.

Bulgen described the ordeal as a “bad nightmare”, and said they feared the consequences of a court process on Tereza’s visa status, which would be rejected if she was convicted. She would then have to leave the country with her daughter.

This after DA MPL Reagan Allen raised the issue of alleged heavy-handedness in the arrest.

“In terms of the heavy-handedness… it is an unfortunate incident of members being overzealous in their actions.”

She cautioned SAPS officials: “If you cannot see whatever happened at that point, you should apply logic and common sense.”

The provincial commissioner said the matter was being dealt with “internally”, with both the SAPS officials involved and the Muizenberg station management.

She said it would also investigate why the SAPS officials had not worn protective gear during the arrests and transportation of the family.