Man allegedly beats couple to death during quarrel about Jesus

The police claim the alleged killer left a letter to his wife before he fled, in which he admitted to having killed a couple by hitting them with a flashlight. 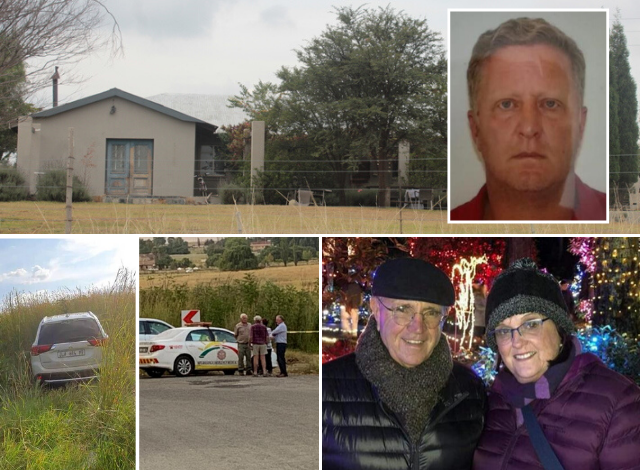 Francois Pretorius (top right) and the murdered couple, Hannes and Ibel Beukes, along with images of the crime scene.

Francois Pretorius, a jeweller in Bethal who is facing charges following the double murder of Dr Hannes and Ms Ibel Beukes, appeared in the Bethal Magistrate’s Court on Monday, reports the Ridge Times.

Pretorius stands accused of killing the couple on 18 March inside a farmhouse he was renting just outside the town of Bethal in Mpumalanga.

The couple’s bodies were found in the boot of their car that night in a veld near Bethal Dam after a motorcyclist saw the suspicious car and contacted the police.

Pretorius was arrested more than a week later outside Belfast on the farm of his father-in-law, Ernst van der Berg.

He has been in custody since his arrest and appeared in the Bethal Magistrate’s Court on Wednesday, 20 May, for his bail application.

How the hunt went down

Warrant Officer Nico Veldman, the investigating officer in this case, testified on Wednesday that after they found the bodies of the couple, the police went to Pretorius’ jewellery shop near Spur in Bethal and asked him a few questions, but they did not have any proof at the time and could not arrest him. 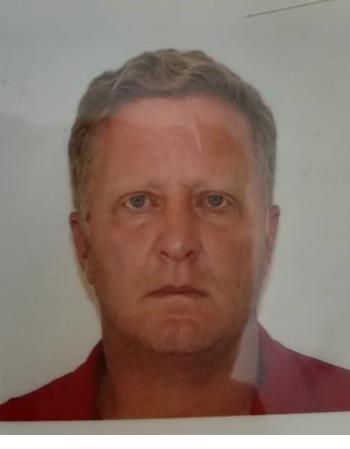 Francois Pretorius was arrested on 26 March, in connection with the murder of the Beukes couple from Bethal.

“The next day he was gone,” said Veldman.

They circulated Pretorius’ photo on social media and received many calls from people who claimed to have seen him. Although some leads turned up nothing, the police still had to follow up all the information.

“We chased him for a week and we had a chopper up in the air near Belfast. I think we just missed him, as we searched the maize fields with the chopper.

“The next day (on 26 March) we went back to his father-in-law’s farm and found him there.”

Pretorius allegedly first fled to Hatfield in Pretoria where he left his car before making his way to his father-in-law’s farm near Belfast.

Veldman said in court on Wednesday that the primary crime scene was in Du Plooy Street where the couple’s bodies were found and the second scene the police visited was Pretorius’ house.

‘He made his family help with the clean-up’

The police arrived at the house on 21 March. Pretorius’ wife and children had left the house to stay with the wife’s stepfather in Belfast.

“The crime took place in the kitchen of the house and I could clearly see the scene was cleaned and washed,” said Veldman.

“I could see where the deceased were seated in the kitchen.”

The police found a little bit of blood on the porch. They went back to the scene the next evening (22 March) and used a liquid (Luminol) to make blood visible in the dark and managed to collect two more blood samples.

The police also found clothes Pretorius allegedly used to clean up the kitchen. He allegedly burnt them afterwards.

They also found part of a flashlight that had been burnt. 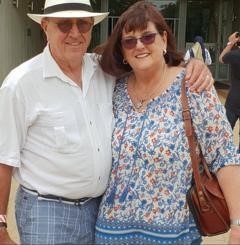 Veldman said Pretorius left a letter to his wife before he fled. In this letter he allegedly admitted to having killed the couple by hitting them with the flashlight.

“This flashlight is a Magritte flashlight and is very hard and durable and it is fully metal.”

Veldman brought a Magritte flashlight to court to demonstrate what it looks like.

“It was definitely not a once-off shot; they were hit severely with the flashlight,” he said.

“After the incident, Pretorius phoned his wife and told her the kitchen was dirty and asked her why there was nothing with which to clean the kitchen,” he said.

His wife then allegedly bought cleaning materials and gave it to Pretorius at his jewellery shop and then dropped him off at their house.

“According to the landlord, Pretorius always had excuses not to pay and said that business was bad and the economy was down,” said Veldman.

In the letter to his wife, Pretorius allegedly said he was very sorry, and he had taken all the money and gold from the shop and was leaving.

“There was no indication that he was planning to return,” said Veldman.

It emerged in court that a friend of the Beukes couple said she visited them the week before they were murdered and they mentioned to her that they would be visiting Pretorius the following week to ask him about their jewellery, on which he was working.

The friend also had a ring to the value of about R5,000 that was with Pretorius for repairs.

“Mr Pretorius and the Beukes couple had a quarrel about Jesus and he lost his temper and killed them,” said Veldman.

He said Pretorius was definitely a flight risk. Pretorius was only caught because he (Veldman) had not allowed himself to rest until he was taken in.

Pretorius was also reported missing in 2003 when the family stayed in Hendrina. He only returned several weeks later. He was standing in the house when his wife unlocked the door.

WATCH: Audi smashes into getaway car during attempted hijacking in Tshwane
3 days ago
3 days ago
PREMIUM!

WATCH: Audi smashes into getaway car during attempted hijacking in Tshwane
3 days ago
3 days ago
PREMIUM!