Gerhard Jansen van Vuuren allegedly stabbed his girlfriend, Andrea Venter, to death at her residential complex in Johannesburg in December 2011. 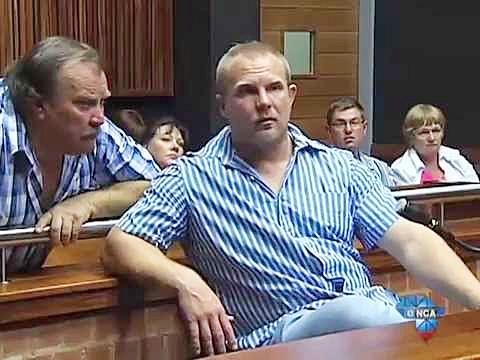 Gerhard Jansen Van Vuuren, who was wanted on a murder charge in South Africa for the past seven years, was rearrested in Rio de Janeiro, Brazil, where he has allegedly been hiding since 2013.

Van Vuuren, 39, was wanted for allegedly killing his then-girlfriend Andrea Venter, 25, in 2011.

The wanted suspect was rearrested in Rio de Janeiro on Thursday, the police have confirmed.

It is alleged that in December 2011, Van Vuuren stabbed Venter to death at her residential complex in Johannesburg.

Police spokesperson Brigadier Vish Naidoo said after an alleged failed suicide attempt at the murder scene, Van Vuuren was arrested and charged with the murder of Venter in the Randburg Magistrate’s Court.

“He was later granted bail in the Johannesburg High Court after the police successfully opposed bail twice before the Randburg Magistrate’s Court.

“Four days before the start of his murder trial in May 2013, Van Vuuren fled the country using false documentation. Subsequent to this, a warrant of arrest was issued by Interpol Pretoria wherein a process to trace and track him down was expedited.

“He was later arrested by Brazilian authorities in August 2013 on a charge of false documentation and regrettably released in 2015 after serving a sentence for this crime,” said Naidoo.

Since then, Interpol Pretoria had been in contact with Brazilian authorities to locate Van Vuuren.

“Several years later, collaborative efforts by Interpol Pretoria, the police, NPA [National Prosecuting Authority] and Brazilian Federal Police have now culminated in the arrest of the murder fugitive at an identified address in Brazil,” he added.

National police commissioner General Kehla Sitole said: “This team effort in tracking down this suspect after many years of him being on the run should be commended by all.

“A lesson should also be drawn from this case and send out a stern warning to all who commit crimes against women and children, that the long arm of the law is bound to catch you.

“Our focus remains on extraditing him back into the country to stand trial for the murder of his ex-girlfriend with the intention of bringing closure to the family and friends of the deceased.”

Van Vuuren will be kept in police custody at a public prison in Rio de Janeiro until his extradition has been granted by the Supreme Court of Appeal.