The arrests are reportedly in connection with a controversial R255 million asbestos eradication project in the Free State, which has for the past days been at the centre stage of the Zondo Commission. 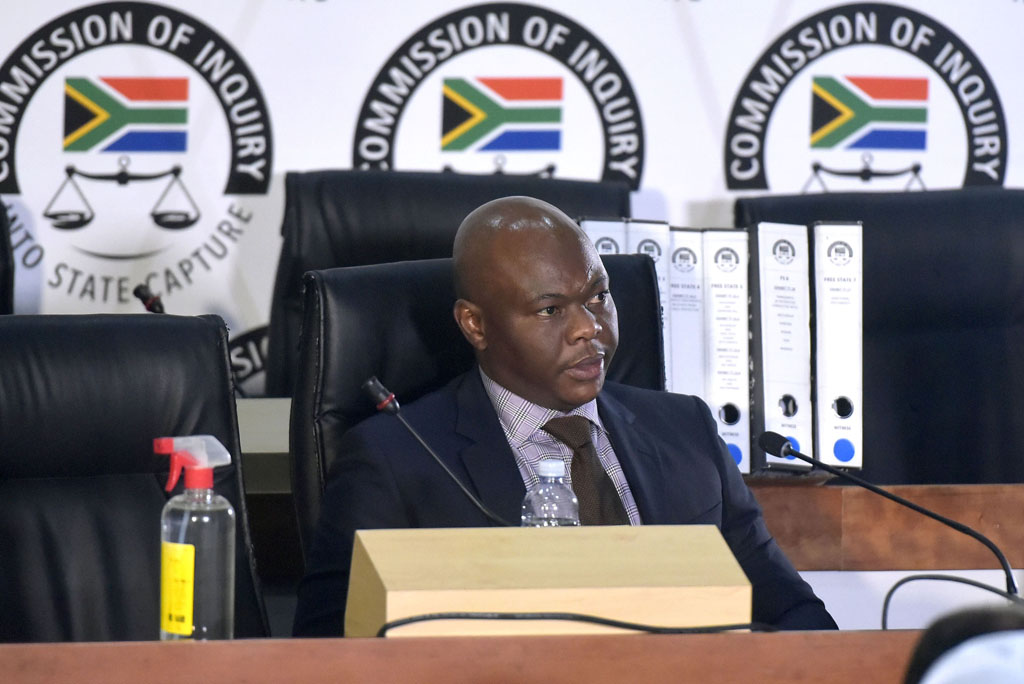 Olly Mlamleli , the former mayor of the Mangaung metro municipality, is allegedly among those arrested in connection with the controversial multimillion-rand asbestos audit project deal in the Free State, while another former government official is apparently on the run.

According to a reliable source, Mlamleli’s arrest was linked to her role in the R255 million asbestos deal which was awarded to a joint venture by businessmen Edwin Sodi and the late Phikolomzi Ignatius “Igo” Mpambani.

Hawks spokesperson Brigadier Mulaudzi confirmed that six people were arrested in connection with the asbestos project saga, but would not confirm if Mlamleli was one of the detained.

“I can confirm that as of now, three government senior government officials have been arrested. There is one that is outstanding. We also arrested three business people today,” Mulaudzi said.

They face a string of charges including theft, money laundering, corruption and fraud. They would be appearing before the Bloemfontein Magistrates Court on Friday, Mulaudzi said.

A former government official who worked at the national level was apparently on the run.

Hawks’ Warrant Officer Lynda Steyn confirmed that the Hawks have requested the former government official to hand himself over. Steyn said the Hawks cannot at this stage confirm the identities of those arrested until they have appeared in court on Friday.

Meanwhile, the chairperson of the commission of inquiry into state capture, Deputy Chief Justice Raymond Zondo has continued hearing testimony from different witnesses on the asbestos audit project over the past few days.

This includes evidence that a joint venture between Sodi and the late businessman Phikolomzi Ignatius “Igo” Mpambani, was awarded a R255-million contract to remove asbestos from houses in the province, for work which could have been done at R21 million.

Based on testimony Zondo has heard, the joint venture did little to no work, with the third subcontractor in the contract doing most of the work, which was counting the houses in the Free State that needed to have asbestos removed.

The joint venture scored the contract with the Free State department of human settlements in December 2014.

Last year, Zondo heard testimony that Mpambani acceded to “onerous requests” for the payment of monies for different purposes which were made by the office of the former premier of the Free State, Ace Magashule. Mpambani allegedly sourced the money from the asbestos project, Zondo heard.

On Monday, Zondo heard testimony that Sodi and Mokhesi entered into a trust to purchase a residential property while the businessman was a contractor with the department Mokhesi headed.

Zulu has given testimony before Zondo and denied receiving any money from the asbestos project.

The former economic development MEC in the Free State Mxolisi Dukwana had presented before Zondo a spreadsheet which revealed that Zulu was allegedly a beneficiary of R10 million from the asbestos project.

This story will be updated once more information has been provided by the Hawks.

'Women, children need to be educated on how to avoid being raped,' says Gauteng police chief
4 hours ago
4 hours ago

'Women, children need to be educated on how to avoid being raped,' says Gauteng police chief
4 hours ago
4 hours ago