Recently, the DA declared farm murders a hate crime and made them part of its election campaign for next year. 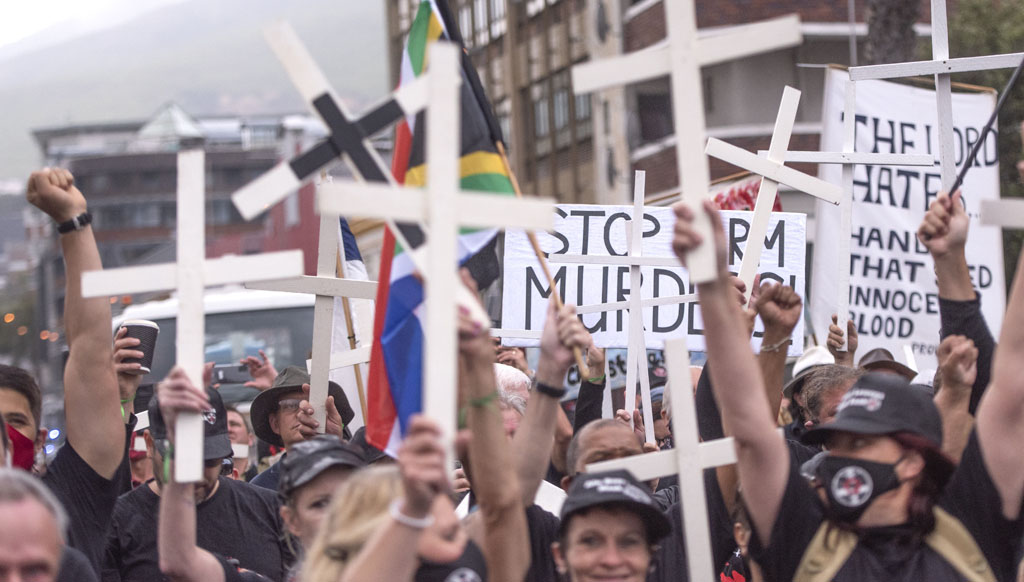 The Peaceful Boere march from the Castle to Parliament by about 300 people to pay tribute to murdered farmers on October 25, 2020 in Cape Town, South Africa. According to media reports, a monument was erected in Paarl in remembrance of those killed on farms. (Photo by Gallo Images/Brenton Geach)

The National African Farmers Union (Nafu) has called out the Democratic Alliance (DA) and AfriForum for politicising farm murders, further driving a rift between black and white South Africans.

As concerned organisations have noted, farm attacks are on the rise following the initiation of Level 1 of the national lockdown. According to Kallie Roux, founder of Unite Against Farm Murders and Attacks, there were fewer farm attacks during lockdown Level 5 owing to the curfew and restricted movement.

As the downgrading of the alert levels progressed, so did the increase in attacks and murders, Roux said. In the latest incident, Eddie Hills succumbed to his injuries on Wednesday after being attacked on a farm in Hennenman on 5 November.

Hills’ father Pieter was shot dead in the attack on the family’s farm, Zwartpan, near Hennenman in the Free State. Eddie Hills reportedly suffered a setback on Monday and the doctors declared him brain dead. He would have been a quadriplegic had he survived.

Nafu president Motsepe Matlala warned that the movement against farm attacks had been hijacked by people with agendas other than uniting the country against the violent phenomena.

“But now these people who are coming out to speak about farm attacks, your AfriForum and the DA, who say they are standing up for this issue when, in fact, they are further dividing these communities by making it an issue of white against black without any proper research into the issues.”

Recently, the DA declared farm murders a hate crime and made them part of its election campaign for next year.

The party will now push for the government to declare farm murders a hate crime and priority crime with harsher sentences if prosecutors prove the intent was hatred, based on the victim’s identity as a farmer.