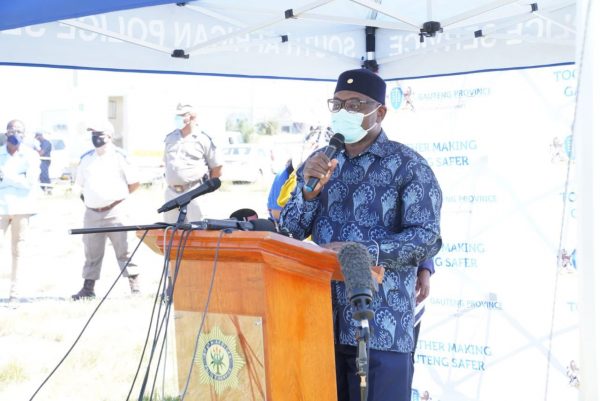 After Police Minister Bheki Cele announced the crime stats on Friday, Gauteng Premier David Makhura said the drop in crime in the province is low.

Speaking during a handed over 50 vehicles to the South African Police Service (SAPS) family, child protection and sexual offence unit on Saturday, Makhura says the quarterly crime drop between October and December 2020 of 9.6% is “too little.”

The police minister said according to their stats there was a 5% increase in sexual offences detected as a result of police action were recorded during this three-month period.

12,218 people were raped between October and December last year, an increase of 181 cases, amounting to a 1.5% increase compared to the previous reporting period.

Makhura said: “Gender-based violence is one of the critical areas of priority in specific categories of crime in our province.”

The vehicles handed over by the provincial government will assist the police in Gauteng in dealing with trio crimes such as truck, carjackings, as well as house robberies and CIT heists.

Cele said he hopes this will enhance police visibility on Gauteng roads.

“All the law enforcement agencies are a force multiplier in the fight against crime including Gauteng traffic department. You must squeeze the oxygen out of the criminals as you do the work,” he said.