Cele said there are more names that have been given to the security forces but they will be named after they are arrested. 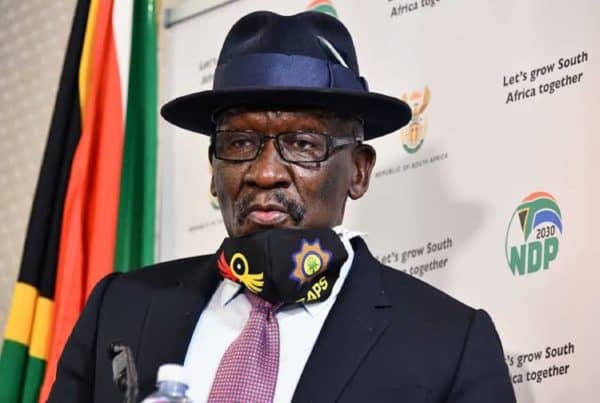 Police Minister Bheki Cele said on Sunday the police have more names who they believe were involved in instigating the violence in KZN and Gauteng. Picture: Supplied

Police Minister Bheki Cele and his department are on the hunt for the instigators and failed insurrectionists after three arresting three people for allegedly orchestrating violence that swept through KwaZulu-Natal and parts of Gauteng last week.

There was widespread looting and acts of violence in these two provinces, as of Friday, the death toll from the protests stands at 212.

Questioned by the media during his engagement with community members in Durban, Cele spoke about the available updates on any arrests on the instigators. He said: “The names of three people have been, but there are other names that have been given to the security forces, unfortunately, we aren’t going to be able to name those people until they are arrested and go to court.”

The three suspects are expected to appear in court on Monday.

President Cyril Ramaphosa said in his address on Friday that the attacks were organised, “coordinated and well-planned attack on our constitution.”

“We will spare no effort in bringing those responsible to book. We will identify those who lit the flames and those who spread them, also those who are still attempting to light more flames.”

“We will not allow any person to destabilise the country and get away with it, this is a challenge to the people of South Africa.

“We will not allow any person or any group to challenge the authority of our democratically elected government.”

It was announced by the police minister that a team of ten detectives to investigate the deaths of 20 people that are believed to be linked to criminal and vigilante acts in Phoenix, northwest of Durban.

Cele also agreed with community members that there is racism against the black people in Phoenix.

This follows racial tensions in the predominantly Indian community that were sparked by the recent wave of rampant looting and violent unrest in parts of KwaZulu-Natal and Gauteng.