The DA says it is astounding that the ANC is silent and has not condemned the actions of its member. 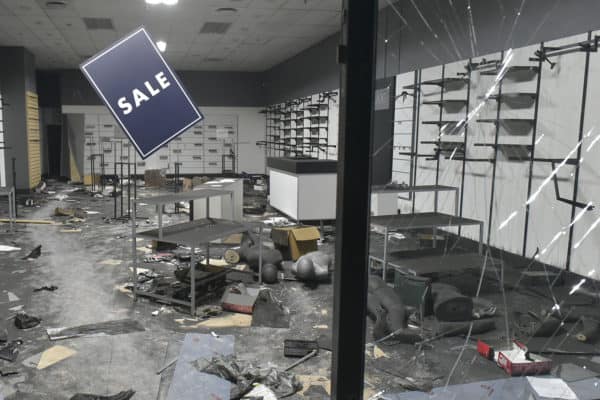 The DA on Wednesday claimed it had learned from a reliable source that an ANC Youth League leader in KwaZulu-Natal was allegedly arrested for “taking part, leading and instigating”, riots and violence in Ladysmith.

Acording to the party’s Uthukela constituency head and MP, Alf Lees, the man was apparently arrested nine days ago. He allegedly appeared on a video burning tyres on the N11 on 9 July and was arrested on 12 July while burning tyres.

“The alleged criminal and terrorist actions of the suspect have contributed to the destruction of property, massive damage to the economy and the loss of jobs in the Uthukela district. He must face the harshest consequences that the law can impose, if found guilty,” Lees said in a statement.

He said the ANCYL leader appeared to work at the Alfred Duma Local Municipality, and his case was apparently transferred to the provincial South African Police Service (Saps).

“The DA is concerned about the reasons for the transfer and that the case may not receive the immediate and full consideration that it deserves. I will write to the [national] police commissioner, Khehla Sitole, to request that the case be handled by a senior police investigator and that it be prioritised to ensure that all the relevant evidence is gathered for the court to consider his conviction.”

Lees said it was astounding that the ANC was silent and had not condemned the actions of its member.

“By now, one would have expected the ANC to have publicly distanced itself from those ANC members who have been identified as instigators of the violence. Unfortunately, due to the silence, a conclusion may well be that the ANC leaders in KwaZulu-Natal may have supported the criminality and economic destruction of the past week,” he said.

The Citizen has reached out to police for comment and this story will be updated once comment is received.

Meanwhile, former Ukhozi FM DJ, Ngizwe Mchunu, appeared briefly in the Randburg Magistrate’s Court on Wednesday after he handed himself over to the KZN police on Monday.

Mchunu is a well-known supporter of Zuma and he posted several videos on social media giving President Cyril Ramaphosa an ultimatum to release Zuma from jail or chaos would break out in the country.

He will now remain behind bars, after his case was postponed to 28 July.

READ NEXT: Over 200 Shoprite stores damaged after looting and violent unrest