Law enforcement officials are bracing for 'planned attacks and threats' in the Western Cape. 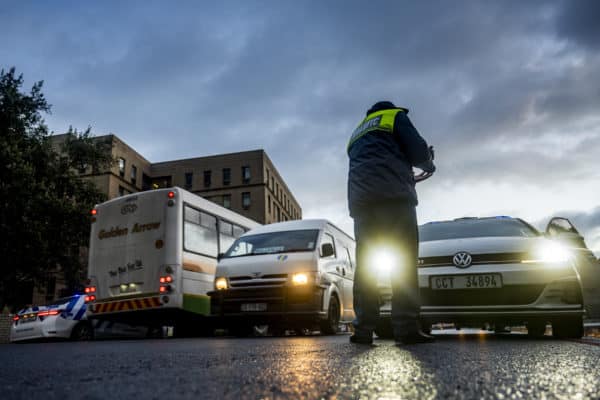 Western Cape law enforcement agencies are bracing for a coordinated response to potential violent attacks that may arise due to the closure of a taxi route. and ranks in Bellville and Mbekweni.

This comes after the closure of route B97 between Mbekweni and Bellville, as well as that of identified taxi ranks, was announced by Western MEC for Transport and Public Works, Daylin Mitchell, on Friday.

This was after shooting incidents which saw taxi operators and commuters injured and killed.

The shootings in Cape Town left commuters stranded in the past week, as the attacks and threats resulted in the suspension of major public transport services.

In anticipation of planned attacks and threats, the Western Cape Provincial Joint Operational and Intelligence Structures (ProvJoints) said it has embarked on a series of operational planning meetings to counter any illicit activity.

She said the SAPS visible policing contingent will also be on the ground at taxi hubs, highways and major routes, while detectives are on hand to investigate cases.

“Meanwhile, intelligence operatives have been hard at work for some time to deal with the threat at hand. In addition, the recently-deployed SANDF members will be placed in high-risk areas to augment police deployments. Where necessary, air support will be summoned.

“Road users are urged to demonstrate patience and understanding in the event of road closures, diversions and detours, as a result of law enforcement actions. All of the operational activities to be embarked upon will be in the interest of safety for all.”

The ProvJoints urged commuters, road users and members of the public who witness criminal acts or become victims themselves to report all illicit activity to the number 021 466 0011. The number is located at the SAPS Command Centre for a swift and coordinated response.

ProvJoints also issued a stern warning to those intent on causing disruptions to transport services in and around Cape Town to reconsider their plans, as the integrated forces will not hesitate to take decisive action.

“Those found on the wrong side of the law will be dealt with harshly.” – SAnews.gov.za

Sassa SRD grant: You can now collect your R350 from PnP and Boxer. Here's how
46 mins ago
46 mins ago

Sassa SRD grant: You can now collect your R350 from PnP and Boxer. Here's how
46 mins ago
46 mins ago