The death toll in Phoenix still stands at 36 while a total of 31 people have been arrested in connection to the murders in the area. 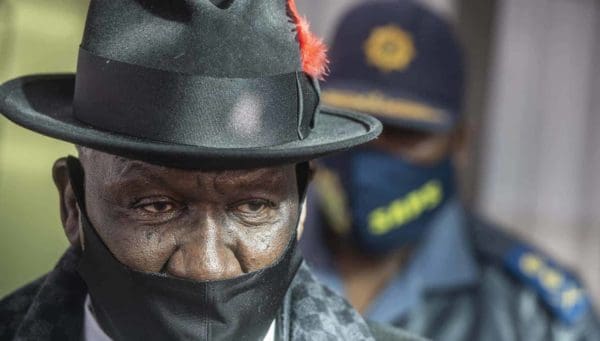 Police Minister Bheki Cele was back in Phoenix on Saturday to ease racial tensions in the area. Picture: Gallo Images/Brenton Geach

The number of arrests in connection to the murders in Phoenix, KwaZulu-Natal has now increased to 31 according to Police Ministry spokesperson Lirandza Themba.

Themba revealed on Sunday afternoon that more arrests have been made after Police Minister Bheki Cele earlier in the week announced 22 suspect were in custody.

Cele indicated at the time that some of the suspects are allegedly connected to several murder cases while others face charges of attempted murder, malicious damage to property and defeating the ends of justice.

The number of deaths in the area, located in the north of Durban, however, remains at 36.

During a media briefing on Tuesday, Cele revealed there was racial profiling in Phoenix after the rampant looting and violent unrest in parts of KwaZulu-Natal started.

Cele said community members in Phoenix had set up patrols in the neighbourhood’s streets.

Cele had also indicated that police were investigating 52 cases of attempted murder and murder, nine cases of robbery and 16 cases of common assaults and grievous bodily harm (GBH), adding that arrests have been made.

He said a team of 31 experienced detectives from the province and national, have been deployed to investigate the murders.