Crime stats: ‘Never seen before’ but not as bad as it looks, assures Cele

Here is why crime stats may look worse than they actually are, according to the police minister. 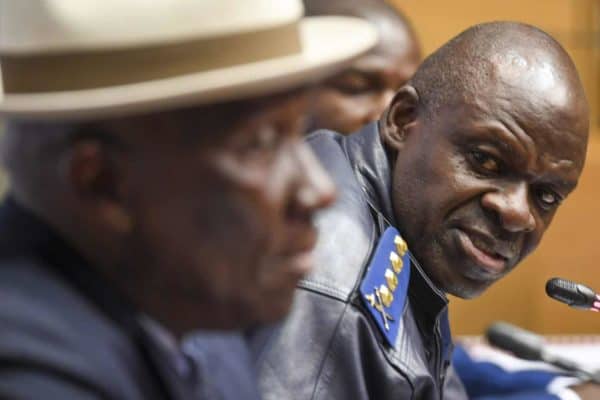 The crime statistics for the first quarter of the 2021-2022 financial year released by Police Minister Bheki Cele on Friday did not paint a pretty picture.

However, it was emphasised this was only because crime statistics released this time last year for the 2020-2021 financial year coincided with level 5 lockdown, which kept most people indoors.

“The never-before-seen pleasant picture of last year was compared to a normal period of 2019 and hence the comparison was distorted and very skewed,” Cele said.

Cele explained that although the seemingly dismal crime trends and figures seemed shocking, context was important in order to compare the statistics and accurately understand the drastic rise in incidents.

He said this particular crime briefing should serve as a way for the country to begin to realise the true impact of the Covid-19 pandemic on crime, and how to move forward.

“Ordinarily, this would have been catastrophic but I assure the nation this is not the case.

“I repeat, we cannot compare the same period of this year and last year, due to the skewed and abnormal crime trends, caused by the different levels of lockdown, if we are to understand this crime picture that we are presenting to you today.”

To provide a more accurate picture of the current state of South Africa’s crime trends, Cele said this financial year’s quarter-one crime figures were also compared to a “normal period” two years ago, when the country was not forced into any sort of lockdown.

“The crime statistics of the first quarter of 2021-2022 financial year are dismal if not understood within context that the lockdown levels introduced an irregular variation to the crime trends.

“It is on this score that we brought into focus the comparison of the current period, to smooth out the irregular variation introduced by the different levels of lockdown restrictions,” Cele explained.

Although great care was taken in assuring the country that things were not as bad as they seemed, Cele said the “high and unnatural figures” would not be swept under the carpet.

Police, for example, have been called on to improve their working relations with communities such as Zandspruit, where eight men were murdered in May.

This was a call for residents to avoid “taking the law into their own hands”.

Regarding cash-in-transit heists, Cele said police were “pushing back” on the crime trend, using intelligence and shared resources to intercept and take down “highly organised gangs”.

One example was a massive operation that took place in Midrand in June, where police intercepted a group of 27 heavily armed gang members.

23 of the suspects were arrested, and four were killed in a shootout.

Departmental clean-up campaigns were also in place, according to Cele, which have been sanctioned by National Police Commissioner General Khehla Sitole, in relation to allegations that stolen firearms were being used by police members attached to the Norwood police station.

These firearms were allegedly used by a cash-in-transit gang who were busted in Brakpan three months ago. In this incident, Gauteng highway patrol unit member, Constable Molwantwa Molefi, lost his life. Two suspects were also killed in the shootout.

“More work must be done to ensure the safety of all those who live within our borders… Complacency just can’t be tolerated.

“The ‘Crime Holiday’ is long gone and these figures should action us and strengthen our resolve.”

Cele said the crime statistics, as distorted as they were, should also “sharpen” police’s responses to crime, to make South Africa “safer for all who live in it”.