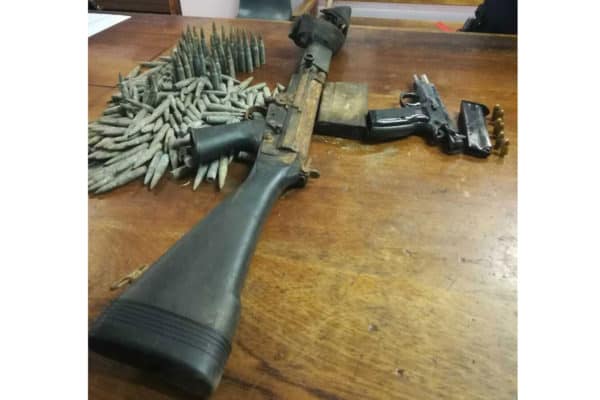 On Wednesday, the South African Police Service (Saps) announced the arrest of a 71-year-old man in Dalton, near Pietermaritzburg, after he was found in possession of unlawful firearms and 217 rounds of ammunition.

Police spokesperson Thembeka Mbhele said police were following up on intelligence regarding the elderly man.

“The recovered firearms will be subjected to ballistic testing. The suspect is appearing before the New Hanover Magistrates Court today (Wednesday).”

At the fifth Interpol Firearm Forensics Symposium held virtually in May, South African gun crime specialists said illegal firearms were the core driver of gun violence across the country.

The symposium hosted close to 500 participants from 100 countries to focus on preventive crime and gun strategies.

He said there was an increase in murders since February of 2021 to May 2021. Murder and attempted murder increased by 8.4% and 8.7% respectively.

ALSO READ: Quarterly crime stats: 11 farm murder victims not who you would expect

Cele said it was concerning that the Eastern Cape and KwaZulu-Natal recorded double-digit increases, standing at 21.5% and 16.9% respectively.

A total of 1,327 people died in their homes or that of their perpetrator, family friends, or neighbours.

A total of 2,378 people were killed in public places like streets, open fields, recreational parks, beaches and abandoned buildings.