In two separate incidents in KwaZulu-Natal, suspects were caught with large amounts of heroin and dagga. 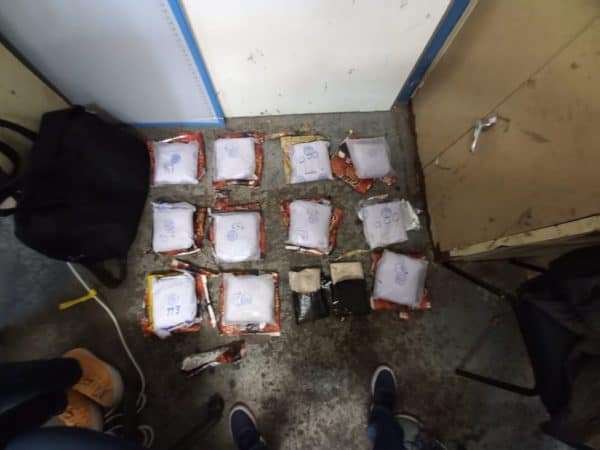 The man was caught carrying heroin worth about R2,340,000. Photo: Supplied/Hawks

Members of the Hawks from the Durban Serious Organised Crime Investigation on Saturday arrested a 47-year-old suspect after he was caught carrying heroin worth about R2,340,000.

Police conducted an intelligence driven operation after receiving information about a suspect who was distributing heroin in KwaZulu-Natal.

The man has been charged with dealing in drugs and will appear at the Durban Magistrate’s Court on Monday.

“Members from Vryheid SAPS were patrolling along R33 Vryheid/Paulpietersburg Road at the Kambula farmers market when they spotted a vehicle with a Durban registration. The vehicle was immediately stopped and searched,” said KZN police spokesperson Thembeka Mbele.

The men, aged 38 and 41, face charges for possession and dealing in dagga. They will appear before the Vryheid Magistrate’s Court on Monday.

The vehicle was impounded for further investigation.