An argument between the Honeydew sergeant and his wife turned deadly under mysterious circumstances on Friday night. 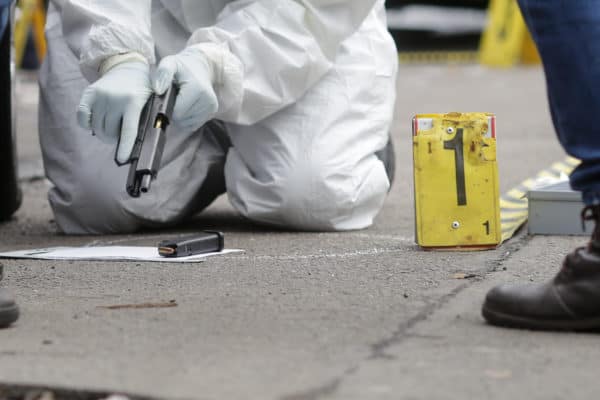 Ipid collected two spent cartridges and one bullet at the scene. Photo for illustration: iStock

A police officer from the Honeydew trio task team and his wife were found dead on Friday evening in Cosmo City, Johannesburg after a strange series of events.

According to a statement released by the Independent Police Investigative Directorate (Ipid), the police officer, a sergeant, and a warrant officer from the same police station were driving in a state vehicle when they found the sergeant’s wife standing on a street corner.

The sergeant got out of the car and approached his wife, after which an argument ensued. The warrant officer reportedly implored the two to sort out their issues, and drove off.

About half an hour later, a passerby found two people dead in the street, and immediately reported the matter to police.

Next to the wife lay a 9mm pistol.

Ipid collected two spent cartridges and one bullet from the scene. 13 live rounds were found in the pistol’s magazine.

The deceased were then taken to the Roodepoort mortuary, where post-mortems will be conducted.

Ipid said investigations into the case were ongoing.